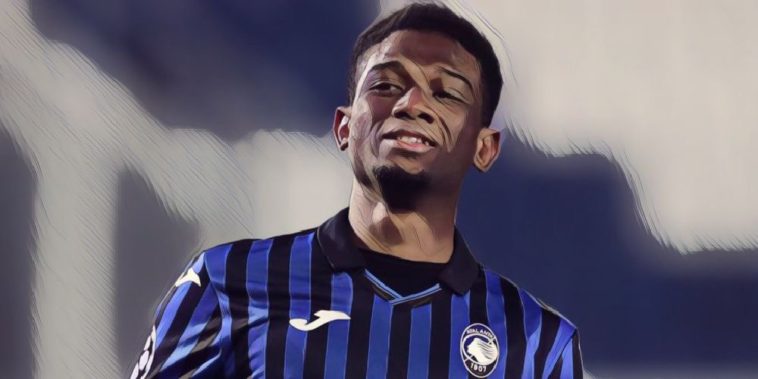 Rio Ferdinand has compared Manchester United’s signing of Amad Diallo to that of Cristiano Ronaldo and says the teenager has the potential to be a ‘world-beater’.

Manchester United completed the signing of winger from Atalanta last week after initially agreeing the deal during the summer transfer window, with Diallo linking up with Ole Gunnar Solskjaer’s squad after completing a medical and the approval of a work permit.

Diallo has made just five senior appearances for the Italian side, though the Red Devils have agreed to pay a fee which could rise to an eye-catching fee of £37m, and Ferdinand has revealed there is excitement amongst his former side’s recruitment staff over the potential of the highly-rated 18-year-old.

“We’ve just bought a kid in from Atalanta and hopefully he does something,” Rio Ferdinand said on his FIVE podcast. “If you see his clips and speak to people at the club who are involved in buying him, potentially this kid could be a world-beater.

“That is the thought of Manchester United people that this kid is one they have unearthed.”

Diallo is expected to be given time to settle in the Premier League but will compete for a position on the right-hand side of the attack, with Ferdinand insisting there are comparisons between the signing of the Ivorian and United’s capture of a teenage Ronaldo.

Ronaldo signed as a relative unknown from Sporting Lisbon in 2003 before establishing himself as arguably the best player in world football over six seasons in the Premier League, winning three league titles and the Champions League amongst his honours, as well as his first Ballon d’Or.

“I don’t want to put the pressure of Ronaldo on him, but no-one knew about Ronaldo when we bought him other than the people in Portugal,” Ferdinand said.

“This kid seems similar in that sense and if you see his clips and the way people talk about him, the world is his oyster if he applies himself right.”