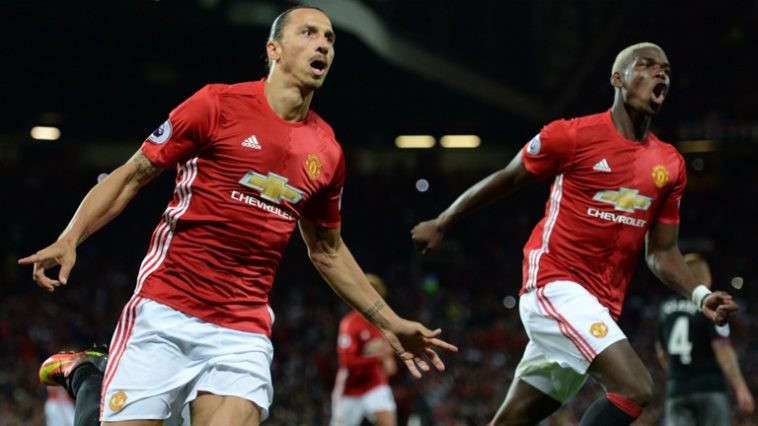 Paul Pogba has dropped a big hint that Zlatan Ibrahimovic will stay at Manchester United, despite suffering a horrific knee injury.

The Swede suffered a double Cruciate ligament injury in Manchester United’s Europa League semi-final against Celta Vigo last season and has officially been released by the club.

However he has been invited to Carrington to complete his rehabilitation, with Jose Mourinho suggesting he could return to the side once fully fit.

Jose Mourinho has already spent £75m to bring in a replacement for Ibrahimovic, signing Romelu Lukaku from Everton, while also giving him Zlatan’s number 9 shirt.

Now, world record signing Paul Pogba has added suggestions that the 34-year-old will continue his career at Old Trafford following his return from injury:

“Even though he’s not playing he’s a leader outside of the pitch.

“I’ve been playing for one season, I came here to hopefully be a leader in the team.

“That’s not the objective but that’s how you should be. I’ve been here, we won, and you want to grow up as a player and a leader as well.

“I can learn from him, from [Michael] Carrick, all the other players and become a leader.”

Pogba added that he believes that Man Utd are on their way back to greatness after several years in the Wilderness since Sir Alex Ferguson’s departure:

“We won three trophies last season, so I hope that we are going to continue that way and improve.”

United play their final game of their preseason tour of the USA tonight as they face Barcelona in Washington DC.