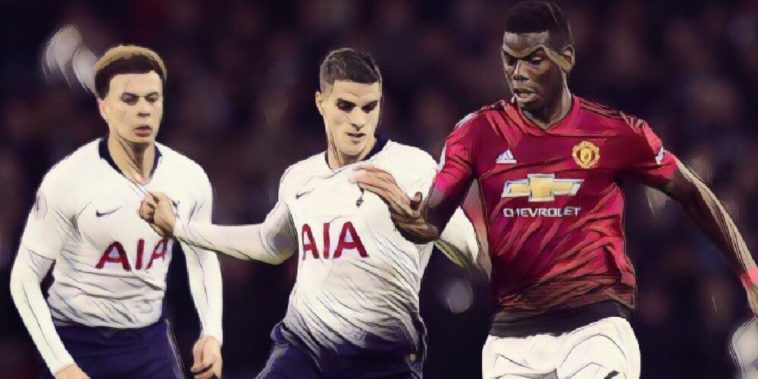 Paul Pogba has taken a swipe at Jose Mourinho’s tactics after he was once again instrumental for Manchester United in their 1-0 win over Tottenham Hotspur this afternoon.

Pogba was often lambasted by the media for his lack of work-rate and disappointing performances under Mourinho, but he has returned to form with a bang under Ole Gunnar Solskjaer.

Going into today’s game at Wembley, Pogba had scored four goals and assisted three more in just four Premier League games under the Norwegian, and the Frenchman was involved again today, playing a sublime, inch-perfect ball into the path of Marcus Rashford, who raced into the box to score the only goal of the game just before half-time.

Asked by Sky Sports’ Jamie Redknapp what has brought about the upturn in his form, Pogba said that Solskjaer’s tactics and style of play are helping him to enjoy his football, in what seemed to be a clear dig at Jose Mourinho’s pragmatic style.

“I am enjoying playing football (under Solskjaer). It was really difficult with the system and tactics we used to play,” Pogba told Sky Sports.

“I like to be more attacking, pressing and play high rather than defending. When I have to defend, I miss my lucidity it is not my best place but when I play there (further forward) with the team I think my position that is when I feel the most comfortable.”

Pogba went on to say that the way Solskjaer is utilising Ander Herrera and Nemanja Matic is helping to give him more ‘security’ behind him and more ‘freedom’ to go forward.

He added: “The manager told me to get in the box and get goals because I will score if I’m in the box. It helps me to know Matic will be there and we can press high, that’s what I have been doing since the manager came I know I have security there and I have the freedom to go.”