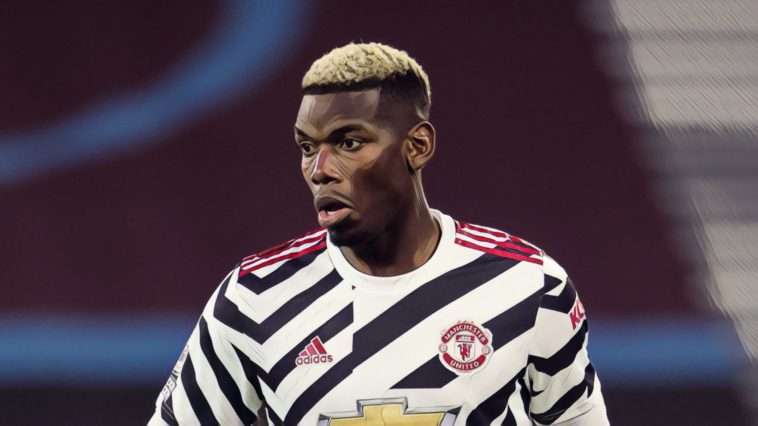 Manchester United midfielder Paul Pogba is reportedly in talks over a potential new contract, although the club are seemingly unwilling to be ‘held to ransom’.

The France international has enjoyed a fine campaign under Ole Gunnar Solskjaer, netting six goals and six assists in all competitions, despite still facing uncertainty regarding his future at Old Trafford.

With the economic impact of the pandemic seemingly curtailing any departure last summer, it had looked as if a new deal could be on the cards for the World Cup winner, before his controversial agent Mino Raiola publicly stated his client’s continued willingness to leave the club, back in December.

Since then, however, the 28-year-old has remained a key part of Solskjaer’s side, once again leading to suggestions that he could well commit his future to the Red Devils, his current deal set to expire at the end of next season.

That contract situation has left United keen to tie him down to a new deal, the Mirror reporting that talks are currently underway between the two parties, although the club are wary of being ‘held to ransom’.

The report suggests that the club are ‘divided’ over what course of action to take, with Solskjaer seemingly keen to keep the player on board, while the powers-that-be are unwilling to overspend on a tieing him down to a new deal.

The former Juventus man is said to be demanding a fee of more than £400,000-a-week, with the player and his agent in a strong bargaining position due to the fact he could walk away from Manchester for nothing next summer.

United risk losing him without a fee for the second time in nine years, having seen the hugely talented midfielder leave the club initially as a free agent back in 2012, before returning four years later

Should he not commit himself to the club, the Red Devils will likely wish to offload him this summer, albeit for a reduced fee from the club-record £89m that they paid for him back in 2016 to prize him from Turin.

There’s also the concern as to who would be able to afford to meet any asking price and the player’s wage demands, rumoured interested parties such as Real Madrid and former club Juve are currently in the midst of a financial crisis.

Sancho ‘more confident than ever’ of Man Utd transfer