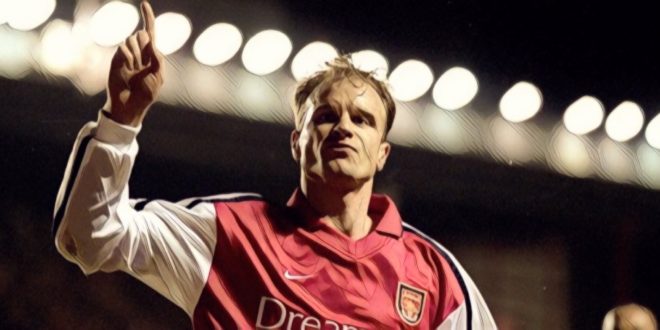 Goals may grab the headlines when it comes to Premier League fixtures, but there has undoubtedly been a growing appreciation for the men providing the chances in recent years.

Whilst Firmino’s performance drew many a plaudit, he fell one assist short of matching the record for most goals provided in a single league fixture, a feat managed on five occasions.

One of the greatest players in Premier League history, the brilliant Bergkamp was a trailblazing import into the English game, providing several moments of genius and becoming a key figure in Arsenal’s greatest successes either side of the millennium.

The ‘Non-Flying Dutchman’ would win a PFA Player of the Year and FWA Footballer of the Year double after helping Arsene Wenger’s side to a domestic double in 1998, before his creative talents would see him become the first player in the league’s history to register four assists in a single game the following season.

Leicester City, who had witnessed Bergkamp’s sublime talents after being on the receiving end of an incredible hat-trick two years prior, would once again prove to be the victims in a destructive display, Bergkamp providing four assists as a treble from Nicolas Anelka and a Ray Parlour brace secured a 5-0 victory over the Foxes at Highbury.

Read – 15 of the best quotes about Arsenal legend Dennis Bergkamp

Jose Antonio Reyes would arrive at Arsenal in a club record transfer from Sevilla mid-way through the club’s famed ‘Invincible’ season in 2004, sealing the Premier League title and establishing himself as an important figure in Arsene Wenger’s squad.

The Spaniard would perhaps fail to reach the potential many expected of him during a three-year spell in north London, though he would provide fleeting moments of brilliance including providing four assists in a seven-goal thrashing of Middlesbrough in 2006.

Despite failing to get on the scoresheet himself, the winger would be the creator-in-chief on a dismal visit to the capital for the North East side, Thierry Henry helping himself to a hat-trick in a comprehensive victory.

The third Arsenal player to feature and one of the Premier League’s most prolific goal providers, Fabregas would join this exclusive list courtesy of a virtuoso display against Blackburn in October of 2009, scoring once and providing four assists as Sam Allardyce’s side were put to the sword at the Emirates.

Fabregas would play a major part in the 6-2 victory and finish the season behind only Frank Lampard for assists with 13, part of a tally of 111 over spells with the Gunners and Chelsea.

The Spaniard’s tally is only bettered by Manchester United legend Ryan Giggs in the history of the Premier League, whilst his assists-per-game is the best of any player in top 10.

A player perhaps not recognised for his assists, Adebayor would equal the divisional record after providing four goals for Tottenham in their 5-0 victory over Newcastle at White Hart Lane in February 2012, scoring the other in the process.

The Togolese international would play a key role for Harry Redknapp’s side during that campaign, scoring 17 Premier League goals as the north London side secured a top-four finish and Champions League qualification.

Adebayor would also finish the season with 11 assists, behind only David Silva, Juan Mata and Antonio Valencia in a memorable season for the forward.

What is it with Arsenal and prolific assist providers?

Santi Cazorla would become a huge fan’s favourite during a six-year spell in north London, the diminutive playmaker often the heartbeat of the Gunners’ best displays when at the peak of his powers.

A fine passer and set-piece taker with either foot, Cazorla would join this list of players by providing four goals in a 4-1 victory against Wigan on the penultimate league fixture of a dazzling debut season at the club.

The Spaniard’s performances would see him named as Arsenal’s Player of the Season, and whilst career-threatening ankle injuries would blight his later years, the 35-year-old is now enjoying an Indian summer in his third spell in the yellow shirt of Villarreal.