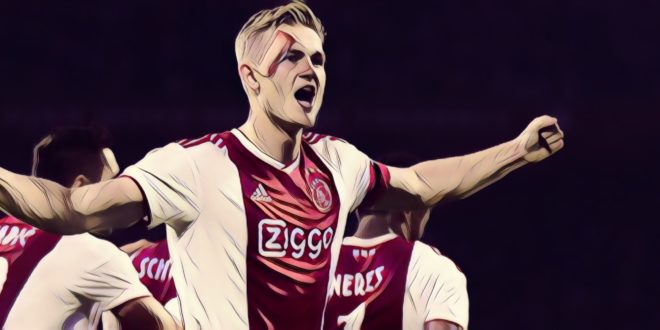 A perfect signing for each top six Premier League club

The summer transfer window is officially open, with fans eagerly anticipating the bi-annual scramble to secure the players to take their side to the next level.

Each of the Premier League’s big six will have hopes of improving next season, but what do each of the league’s top sides require in the summer window?

Defeat in the Europa League final means Arsenal missed out on Champions League qualification for the third year in succession, which will severely dent their hopes of attracting top talent to the Emirates this summer.

Unai Emery’s side were the third highest scorers in the Premier League last season, a figure largely down to prolific forward pair Pierre-Emerick Aubameyang and Alexandre Lacazette.

However, familiar flaws disrupted their campaign with a fragile backline often exposed. Arsenal have lacked a solid spine for several seasons, dating pre-Emery, and whilst Bernd Leno has impressed in goal their centre-back options have yet to convince.

An imposing central defender should be a priority for Arsenal this summer, capable of organising an often chaotic defence.

Roma’s Kostas Manolas would help solve their issues, with the Greek international having emerged as one of Serie A’s finest defenders during a five-year spell at Roma. Aged 27 and possessing Champions League experience, Manolas is in the prime of his career and would offer a significant upgrade on the likes of Shkodran Mustafi and Rob Holding.

Chelsea’s transfer plans are currently on hold as the club appeal their FIFA-imposed transfer-ban. The club have appealed their ban to the Court of Arbitration for Sport(CAS) and could yet be able to sign players in the summer window.

Eden Hazard’s departure to Real Madrid is a major blow, however the arrival of Borussia Dortmund’s Christian Pulisic should help to fill some of the creative void left by the Belgian’s defection to La Liga.

Chelsea’s greatest problems are in attack, with the club not taking the option to sign the on-loan Gonzalo Higuain after a disappointing loan spell.

Olivier Giroud has signed a one-year extension, and despite Michy Batshuayi and Tammy Abraham returning from their respective loan spells the signing of an elite centre-forward should be a priority.

One potential target could be Inter Milan star Mauro Icardi. The Argentine forward has been tipped to leave the San Siro following Antonio Conte’s appointment as manager, and whilst the 26-year-old has often brought controversy he remains one of Europe’s finest finishers.

If Chelsea can secure a sensible deal and keep Icardi happy, a player who has scored 111 goals in 188 Serie A appearances for Inter could help the Stamford Bridge side challenge again.

The Champions League winners will look to finally end their wait for a league title next season, having finished as runners-up to Manchester City by just a single point in 2018/19.

There remains a sense that their workmanlike midfield lacks goals, whilst the drop in quality should one of Mohamed Salah, Roberto Firmino or Sadio Mane suffer injury or loss of form remains a concern.

A high-quality, creative midfield presence who can also play in the forward line would be their ideal summer signing, having seen a deal for Lyon’s Nabil Fekir collapse last summer.

Could Phillipe Coutinho make an Anfield return? The Brazilian was a hugely popular figure on Merseyside before leaving in a £142m deal to Barcelona in 2018, however, his time in Spain has not worked out as planned.

There is a sense that the La Liga champions are willing to part with the 26-year-old this summer, and a cut-price return to Liverpool could be the ideal solution for all those involved.

How to improve a squad that has totalled 198 Premier League points in two seasons? A difficult task, but one Pep Guardiola must address this summer.

Man City are likely to enter the market for a central defender, with Vincent Kompany bringing a glittering career at the Etihad to an end this summer and doubts over the long-term future of Nicolas Otamendi.

Despite needing defensive additions, City’s priority this summer should be the base of their midfield with the indispensable Fernandinho having turned 34 and Ilkay Gundogan entering the final year of his contract.

City were believed to be interested in signing Jorginho last summer before the Italian opted for Chelsea and a similar-type player could once again be targeted.

Paris Saint-Germain’s Marco Verratti is regarded as one of Europe’s finest deep-lying playmakers, with the 26-year-old’s ability to retain possession representing a good fit for Guardiola’s side.

Whilst the Italian may not have the same level of defensive nous as Fernandinho, he averages more tackles per game than the Brazilian and would suit City’s possession-based style.

Where to start with Manchester United‘s summer overhaul? Ole Gunnar Solskjaer’s squad is in desperate need of strengthening in several areas, including right-wing, midfield and defensively both centrally and at full-back.

United’s priority should perhaps be a commanding centre-back, with the club having conceded more goals than any of their top six rivals.

Their lack of Champions League football next season hasn’t stopped them being linked with a host of top players around Europe, including young Ajax star Matthijs de Ligt.

The Dutch defender is one of Europe’s most in-demand players this summer, attracting interest from the likes of Barcelona, Juventus and Paris Saint-Germain.

United have been strongly linked with the 19-year-old, who would represent a huge coup for the Old Trafford side. Still just a teenager, De Ligt has proven his leadership by captaining Ajax to a domestic double and has the potential to become the world’s best defender.

After 18 months without new additions as the club moved into their new stadium, Mauricio Pochettino is set to be backed in this summer’s transfer market as Spurs bid to build on last season’s success.

Having secured a top four finish and reached the Champions League final, Pochettino will feel his side are just a few additions away from challenging regularly for silverware.

Departures may change their priorities, with doubts over the futures of Christian Eriksen and Toby Alderweireld, however midfield is perhaps where the North London side desperately need to strengthen.

Whilst Moussa Sissoko has gone from outcast to fan’s favourite, Victor Wanyama could leave this summer and the club are yet to replace Mousa Dembele following his January switch to China. A midfielder capable at both ends of the pitch would improve Spurs, and their ideal signing may just be available at a low cost.

Adrien Rabiot will leave Paris Saint-Germain on a free transfer this summer, following a contract dispute which has seen him frozen out in the French capital. The 24-year-old would represent a classy addition in the centre of Tottenham’s midfield, an upgrade on their current options at a bargain cost.

Read Also: The five favourites for the Ballon d’Or

He may not have won our award, but @ColmBoohig made a very good case for @Madders10 to be named our Breakthrough Player of the Year for 2018/19… ?