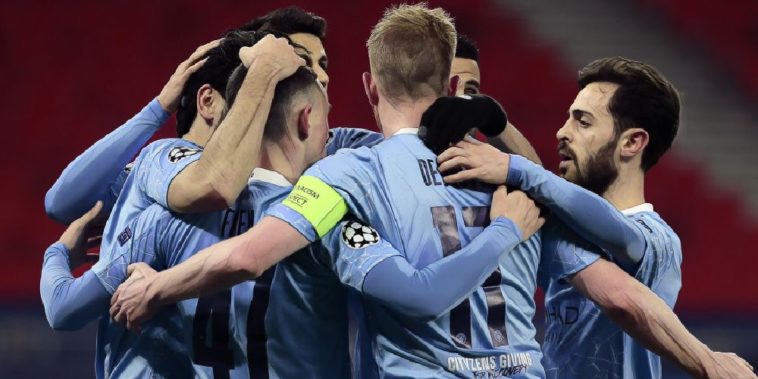 Pep Guardiola has explained why he enjoys deploying ‘a lot of midfield players’ as his side look to take another step towards the Premier League title this weekend.

The Citizens have the Premier League’s best record in both attack and defence this season, though Guardiola has often sent his side out packed with an abundance of midfielders, the Catalan possessing an embarrassment of riches in the middle of the park.

The former Barcelona and Bayern Munich boss has been without club legend Sergio Aguero for the majority of the season through injury, while fellow striker Gabriel Jesus has only started 18 league games, with Guardiola often deploying a false nine to spearhead his side.

Speaking ahead of Saturday afternoon’s game against Crystal Palace, the 50-year-old was asked about his ‘team of midfielders’.

“In all my career I play with a lot of midfield players. I don’t know why but I have the feeling that you can play better with this [approach], but at the same time we need everyone.

“Gabriel was so important this season, I’m not going to talk about how important Kun has been and was in the past in the period we were together. Unfortunately, he was injured most of the last year but now he is fit again. Raheem [Sterling] again – everyone is important but I have to admit that the players know I like it when they just keep the ball and after we see what can be produced with that. It happened with Barcelona, Bayern Munich and here as well.”