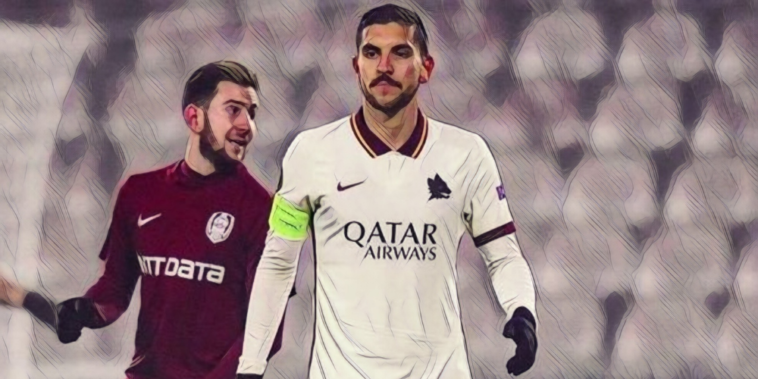 Liverpool are being linked with a move for Lorenzo Pellegrini, as incoming Roma manager Jose Mourinho plans raids on former clubs Manchester United and Tottenham.

Mourinho was appointed as the new manager of the Serie A side this week and will take charge of Roma ahead of the 2021/22 season, with attentions already turning towards his rebuild in Rome following a disappointing domestic season.

One situation that is yet to be resolved is the future of midfielder Pellegrini, who has just over a year remaining on his contract and is yet to agree an extension. The Italy international has been linked with a move to Liverpool in recent weeks and has a release clause of £25m in his existing deal.

Jurgen Klopp’s side are in need of additions in midfield with Georgino Wijnaldum expected to leave on a free transfer at the end of the season, the Dutchman having failed to agree a new deal and linked with Barcelona, Juventus and Inter Milan.

Pellegrini would offer greater forward threat in the club’s engine room with the star having scored nine goals and provided eight assists in all competitions so far this season, including getting a goal and an assist in last weeks Europa League semi-final first leg defeat to Manchester United.

The 24-year-old’s potential departure could free up funds for Mourinho to strengthen his side with midfield reinforcements having been made a priority, a host of the Portuguese’s former players having been linked with a move to the Stadio Olimpico.

The Mirror are reporting potential interest in Eric Dier, Pierre-Emile Hojbjerg and Nemanja Matic, with each of the Premier League trio having been favourites of Mourinho during spells at Spurs and United respectively.

Mourinho’s return to Italy is the manager’s second spell in the division, having previously enjoyed a trophy-laden spell with Inter Milan that delivered back-to-back league titles and a historic Serie A, Champions League and Coppa Italia treble.