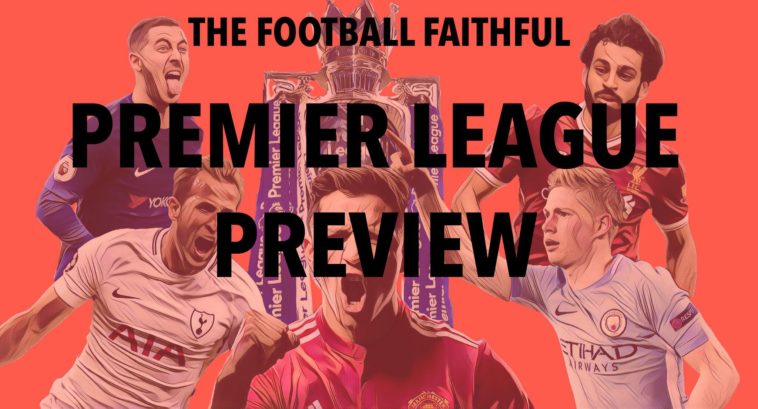 Let’s be honest this is hardly the type of fixture that will make you drag your hungover arse out of bed on a Saturday morning.

Neil Warnock might be a top manager in the Championship, but he has no place in the Premier League, and neither do most of his playing squad if truth be told.

Newcastle played well for parts against Spurs and this will be the type of fixture that Rafa Benitez will fancy his chances in, as he bids to keep the Geordies in the Premier League again, despite Mike Ashley’s penny-pinching.

Richarlison may have won the Pr*ck of The Week award on the Football Faithful Podcast for saying that he was a boyhood Everton fan growing up in Brazil. However, the £40 million attacker is a proper player and showed as much when he netted a well-taken brace on his Toffees debut against Wolves last week.

The days of Southampton finishing in the top half seem a long time ago, with the South Coast outfit unable to score goals whether it be under Claude Puel, Mauricio Pellegrino, or Mark Hughes in charge. Sparky will be hoping however that new signing from Liverpool Danny Ings may remedy his sides’ issues in front of goal somewhat.

Richarlison started like a house on fire for Watford last season and I reckon he’ll find the onion bag again this weekend.

You really do have to feel sorry for Claude Puel. He’s the hot favourite to win the doomed Premier League sack race at 2/1, with reports suggesting that Roberto Martinez is being lined up as his replacement.

Puel has done more than respectable jobs at both at both Southampton and Leicester City, but sadly for him, nobody likes a boring b*stard, so he’ll soon be heading for the King Power exit door. Although it must be mentioned that the French coach did completely break from character recently and turn into the Archbishop of Banterbury when he tricked the media into thinking he had told them that Harry Maguire was joining Manchester United.

Jorge Mendes F.C looked impressive in parts during their opening day 2-2 draw with Everton last weekend, and in Ruben Neves, they have got themselves a top young midfield player.

Oh, Daniel Levy someday they will write about you. Back in May, it was announced that Mauricio Pochettino had signed a new five-year contract and it was reported that he would be given £150 million to spend before Spurs moved into their state of the art new Stadium.

Fast forward a few months and the North London outfit are the first team ever not to sign a single player in the summer transfer window and are no closer to moving into their toilet bowel shaped new home.

Fulham showed plenty of the slick passing and movement during their opening day defeat to Crystal Palace, but the main question is whether Slavisa Jokanovic’s side can score enough goals to thrive in the Premier League.

I just went to the shop and bought a pack of cheese and onion crisps. I have now more money than the team that finished third in the Premier League last season did in the summer transfer window. Anyway, all that aside, Harry Kane and co. to win and with a few goals too.

Manuel Pellegrini and his 427 summer signings got their season off to the worst possible start last weekend when they were mullered 4-0 by Liverpool at Anfield. While losing to Jurgen Klopp’s Reds is no shame, as most experienced West Ham fans will tell you, the minute people start tipping them to do well, it normally all turns to sh*t.

It’s hard to judge Bournemouth’s 2-0 win over Cardiff last weekend, because the Welsh side is managed by Neil Warnock, but still, you’d have to fancy Eddie Howe’s men to survive comfortably again this season.

I reckon the Cherries will spring an upset here.

Chelsea played some excellent football against Huddersfield during their 3-0 opening day win, but the one image that sticks in my mind is Maurizio Sarri chewing fag butts on the sideline. I think we’re gonna like this fella.

Unai Emery’s Arsenal looked very much like Arsene Wenger’s Arsenal during their 2-0 defeat to Manchester City last weekend – except for the comical sight of Petr Cech trying and failing badly to play out from the back like Beckenbauer.

It’s still early days for these two clubs under new management, but I reckon it will be another day of gloom for Gunners fans at Stamford Bridge.

Sean Dyche’s beautiful gravely voice is back in our life folks and that is something to be joyful of. The Ginger Mourinho has been continuing his hobby of stockpiling England goalkeepers this summer, with Joe Hart his latest signing. Burnley looked neat, tidy and well organised in their 0-0 opener against Southampton, and it would be a brave man to bet against the Clarets finishing in and around mid-table this season, although their Europa League adventure may prove costly.

I like Watford, just because nobody else does basically and I don’t want them to feel left out, but you’d have to fancy Burnley at home in this one, and a decent price too.

Look, if you wnat to hear my thoughts on just how sh*t hot I think Pep Guardiola’s Manchester City are then read this.

Whatever magic David Wagner had in that cute little hat of his evaporated a long time ago, with Huddersfield looking woefully short of quality for another season in the top-flight. Wagner’s side only survived last season because of an excellent start, but it’s hard to see that happening this season after their abject opening day display against Chelsea.

City are going to tear Huddersfield a new one here.

Brighton are another side I expect to struggle this season after doing well to beat the drop last season. Chris Hughton signed a fair few players but the Seagulls looked about as useful as a chocolate teapot in their 2-0 opening day defeat to Watford.

Is anybody else bored f-ing senseless by the constant barrage of Pogba and Mourinho headlines? I know I f-ing am.

Although the Seagulls faithful will have the Amex rocking on Sunday afternoon, I fancy United to have too much quality for Chris Hughton’s men.

All is rosy in the Crystal Palace garden, after star player Wilf Zaha and manager Roy Hodgson just signed new contracts, and they got their season off to an excellent start with a solid 2-0 win away to Fulham. As it turns out Wilf didn’t really fancy those clubs he was lifting up his skirt and winking at over the summer.

Liverpool looked like the dog’s b*llocks in their opener against West Ham and there can be little doubt that Jurgen Klopp’s side is the only team with a realistic chance of challenging City this season. However, Selhurst Park still holds a certain feeling of fear for Reds fan after the Crystanbul debacle and former Liverpool manager Hodgson has an excellent record against his former club.