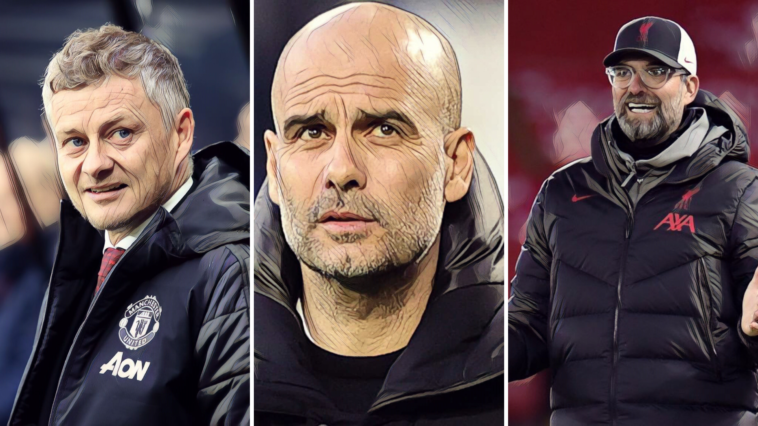 The transfer window is officially open which means fans will now be subjected to endless speculation, as football’s rumour mill hits overdrive over the summer months.

Transfers always bring much intrigue for supporters as sides desperately seek to strengthen their options, this summer’s European Championship offering another platform for players to put themselves firmly in the shop window.

As recruitment teams across then Premier League seek to right the wrongs of the previous campaign, we’ve decided to look at one position each ‘big six’ side needs to strengthen this summer.

The north London side finished the season eighth in the Premier League, their lowest league finish since the 1994/95 campaign with the Gunners now absent from continental competition for 2021/21.

Major changes are expected with a whole host of players available for sale if suitable offers arrive, with Eddie Nketiah joining last season’s loanees Ainsley Maitland-Niles, Matteo Guendouzi and Lucas Torreira amongst the players who could leave to raise funds for investment.

Arsenal have been linked with the signing of a new creative midfielder with Martin Odegaard the club’s top target after a loan spell at the Emirates last season, though finding a suitable partner for Thomas Partey in the engine room will be another priority.

Dani Ceballos’ return to Real Madrid and Granit Xhaka’s impending departure to Roma leaves Arteta short of midfield options, whilst no decision has yet been made on Joe Willock’s future after an impressive loan spell at Newcastle.

Wolves’ Ruben Neves has been linked and is understood to be available for a fee of around £35m, the Portugal international the calibre of player that could help reinforce the spine of this transitional Arsenal side.

The signing of a goalkeeper, forward, and left-back cover for Kieran Tierney will also be on Arteta’s long list of priorities this summer.

Chelsea have been backed to be active in the transfer market once again following last summer’s splurge on new talent, with Roman Abramovich investing more than £220m on a host of high-profile additions.

Thomas Tuchel’s arrival as head coach in January saw the German begin to make fine use of an embarrassment of riches at Stamford Bridge, guiding the west London side to Champions League success.

Chelsea have strength in depth across the pitch, though signings at centre-back and centre-forward would arguably complete Tuchel’s squad, the latter in particular crucial to the Blues’ hopes of challenging for the league title next term.

Tammy Abraham looks set to depart after failing to convince Tuchel of his talents, the England international linked with Leicester, West Ham and Aston Villa in recent months, despite finishing as Chelsea’s joint-leading scorer with 12 goals in all competitions in 2020/21.

Olivier Giroud could also leave despite the triggering of an extension to his deal, AC Milan interested in signing the veteran France international, whilst Timo Werner has failed to convince during his debut season and has often been utilised in a wide role.

Chelsea are one of the few sides in world football with the resources to make a statement signing this summer, names such as Erling Haaland, Harry Kane and Romelu Lukaku all linked with the club. To find out which clubs are given the highest chances for signing these world class strikers check out what the best sports betting sites think, and where does Chelsea rank among other giants in that department.

Signing a player of that profile would likely cost in excess of £100m, though could turn Chelsea into genuine contenders for the Premier League next season.

Liverpool have moved quickly to address their issues this summer with the signing of Ibrahima Konate from RB Leipzig, the France u21 international adding depth to the club’s centre-back options after the club’s title defence was ravaged by defensive injuries.

Jurgen Klopp’s business is unlikely to end there, despite resources being restricted given the current financial climate. Liverpool will hope to raise funds from fringe players including Marko Grujic, Harry Wilson, Xherdan Shaqiri and Divock Origi, which could be invested into signings in both midfield and attack.

Georginio Wijnaldum’s departure to Paris Saint-Germain leaves a sizeable void in the engine room, though the signing of attacking reinforcements could prove the difference in Liverpool challenging again next term.

The front three of Mohamed Salah, Sadio Mane and Roberto Firmino have helped the Reds reach huge heights in recent campaigns, though the latter two undoubtedly suffered a drop in performances and with each approaching 30, now appears the time to diversify the club’s attacking threat.

Diogo Jota’s arrival added a different dynamic last summer and the signing of a new forward – either a multi-functional player in the Jota/Salah mould or an out-and-out striker – should be a priority.

Liverpool have been linked with names such as PSV’s Donyell Malen and Red Bull Salzburg forward Patson Daka, though recent signings from outside Europe’s major leagues have failed to pay off with the likes of Takumi Minamino and Kostas Tsimikas struggling to make an impact.

Manchester City boast arguably the most complete squad in world football and it is one that – if rumours are to be believed – may just be reinforced in some style this summer.

Pep Guardiola’s team were crowned as Premier League champions for the third time in four seasons in 2020/21, adding a fourth consecutive League Cup to their collection in the process and coming agonisingly close to winning a first Champions League.

European success remains the objective and the signing of a new centre-forward could prove the difference, having operated for much of last season without a recognised striker.

Sergio Aguero’s departure to Barcelona also leaves a void in the club’s attack, with Gabriel Jesus having failed to prove that he can be the long-term lead of the City frontline.

City have been linked with a host of names, though the one that refuses to go away is that of Harry Kane. Kane has informed Tottenham of his desire to leave in search of silverware and the Etihad is reportedly his preferred destination.

The 27-year-old finished as the leading scorer and assist provider in the Premier League last season, the prospect of the England captain working in tandem with Kevin De Bruyne, Phil Foden and Riyad Mahrez a frightening one for top-flight defences.

Jadon Sancho will dominate the transfer headlines regarding Manchester United as the Red Devils continue their protracted chase of the Borussia Dortmund winger, all indications pointing towards the 21-year-old arriving at Old Trafford in a big-money deal.

Sancho’s signing would fill a problem position on the right-hand side of the club’s attack, though there are more holes to plug for Ole Gunnar Solskjaer if his team are to compete for major silverware next season.

Crucial to the rebuilding of this team will be the signing of a new midfield anchor, with the Norwegian having often utilised a two-man axis of Fred and Scott McTominay as protection during the biggest games.

Fred has become a much-maligned figure since his arrival from Shakhtar Donetsk, and whilst McTominay’s drive and desire are admirable, neither possess the ability to be the imposing holding midfielder this side needs.

Declan Rice has been mooted as one potential target, though the West Ham midfielder appears in no hurry to leave the London Stadium and would command a huge fee.

Finding a long-term partner to Harry Maguire should also be on the club’s radar, with neither Victor Lindelof, Eric Bailly or Axel Tuanzebe having staked their claim to be a fixture in the side.

Similarly to the situation at their north London rivals, Tottenham are in need of major restructuring following the club’s regression over the past two campaigns.

The team built by Mauricio Pochettino is no more and the transition into a new era has proven difficult for Spurs, who are awaiting confirmation of their new manager after sacking Jose Mourinho in April.

Paulo Fonseca appears the manager set to take charge, and top of the former Shakhtar Donetsk and Roma manager’s to-do list should be the signing of a dominant central defender.

Toby Alderweireld has looked a shadow of the player once viewed as one of the Premier League’s best, whilst Eric Dier and Davinson Sanchez have struggled for confidence, the latter rather more miss than hit with his performances.

Addressing their issues at centre-back should be of paramount importance, with Joachim Andersen – impressive on loan at Fulham despite the club’s relegation last season – linked with a move.

Inter Milan’s Milan Skriniar has been a long-term target and the Italian side’s need for funds to cover spiralling debts could lead to a move, though Spurs themselves will be working on a restricted budget.

There also remains the huge elephant in the room that is an unsettled Harry Kane, and whilst a potential £150m windfall could fund summer business, it would represent a gargantuan task to replace the England captain.