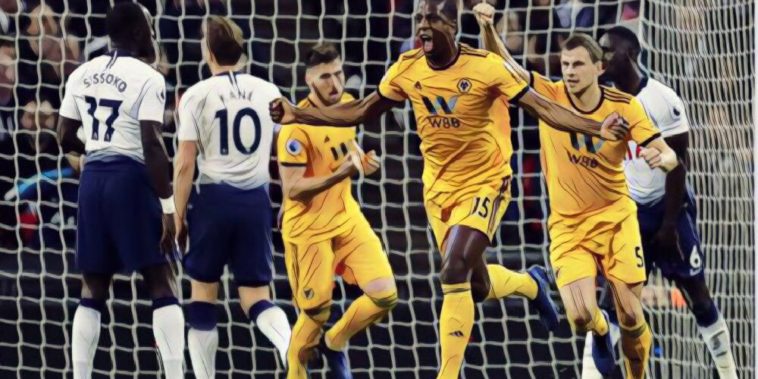 Nuno Espirito Santo has said 2018 has been a very special year following their superb 3-1 win over Spurs on Saturday afternoon.

This time last year, the Black Country club were of course still a Championship club and having gained promotion to the Premier League last season, they have continued their superb development in their time in the top flight.

With just 20 Premier League matches gone, they have already amassed an impressive 29 points, just 11 off the traditional 40 point mark that generally safeguards against relegation.

However, relegation is looking distinctly unlikely already after taking another big scalp this afternoon, coming from a goal down at Wembley to beat title challengers Spurs 3-1, leaving Nuno Espirito Santo to say it has been a ‘special year’.

“The second half was really really good. We managed possession, had chances and goals,” the Wolves boss told the BBC.

“We had a lot of belief after the equaliser, I would have said a draw was a good result, but I cannot control the emotions of the boys if they see space in front of them. It is good for the dressing room but to play like this at Wembley – the home of football – is the big thing.

“We have achieved something very special in getting to the Premier League and it has been a very special year.”

So far this season, Wolves have taken points off Man City, Man Utd, Chelsea and Spurs, and were desperately unlucky against Arsenal.