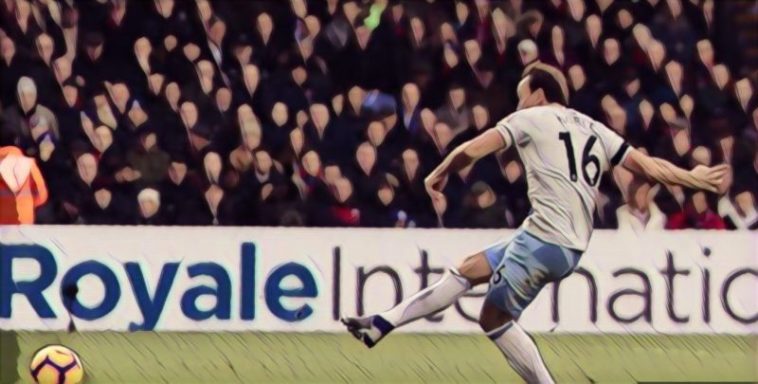 Mark Noble believes West Ham should not feel disappointed to come away with a draw against Crystal Palace in the Premier League on Saturday.

The Hammers captain opened the scoring at Selhurst Park with a 27th minute penalty, a lead which the London side held onto until the 76th minute, at which point the recently returned-from-suspension Wilfried Zaha scored an equaliser.

The sides could not be separated from then on and had to settle for a point apiece, a result their captain says should not be sniffed at.

“They missed a lot of good chances and we missed a couple of one-on-ones early in the first half so, all in all, I think it was a fair result.

“That’s the Premier League for you – if you don’t score your chances, you don’t win games, so we’ve probably took a point each that we’re happy with, to be honest.”

“Lukasz keeps pulling saves out every week and he’s made a couple more for us here. Their ‘keeper made a few good saves for them in the first half, too, but we’ll probably go home on the coach having got a great point against Liverpool and another good point here, which is a tough place to come.

“If we can win our next home game [against Fulham], it’ll be a really good set of points for us.”

“We were much better against Liverpool and you could see with that result and performance and again here, we weren’t great in the second half, but everyone worked hard for each other and we came away with a point, which in the Premier League is always to be respected.

“All in all, it’s been a good week for us and now we’ve got a good two weeks’ training before we face Fulham at home.”