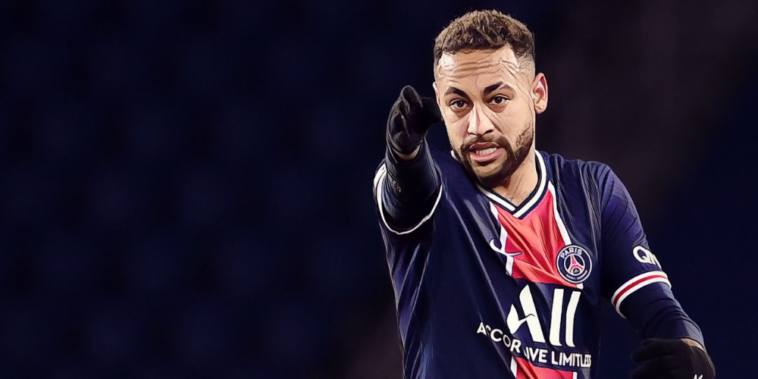 Pep Guardiola has lavished praise on Paris Saint-Germain star Neymar, but believes the forward would have won ‘two or three’ more Champions Leagues had he stayed at Barcelona.

Manchester City will come up against the world’s most expensive footballer when they take on Paris Saint-Germain in the Champions League semi-finals tomorrow evening, with both sides seeking to be crowned champions of Europe for the first time.

PSG reached the final last season before suffering defeat to Bayern Munich in Lisbon and have impressed in reaching the latter stages once again this season, defeating both Barcelona and holders Bayern in the knockout stages.

Key to the club’s hopes of success will be forward duo Kylian Mbappe and Neymar, with Guardiola well aware of the threat posed by the latter.

Neymar burst onto the scene at Santos before a move to Barcelona, where he formed part of a formidable frontline featuring Lionel Messi and Luis Suarez as the Spanish side won a La Liga, Champions League and Copa del Rey treble in 2014/15.

The Brazilian signed for Barcelona a year after Guardiola’s own departure from the Camp Nou as manager, but the City boss has recalled his first impressions of the forward and believes the 29-year-old would have enjoyed even more success had he not made the move to Paris.

“I remember watching clips of Neymar there and then thinking this is the king of Santos,” Guardiola told his pre-match press conference.

“The players had their mouths open. If Neymar had stayed at Barcelona, they would have won two or three Champions League more. Him, Messi and Suarez were the best up front.

“He went to Paris, which does not look a bad decision. It seems like a nice club, a nice city from the outside.

“I am an admirer. He makes football a pleasure.”

The Spaniard admits it is difficult to compare the youngsters given their different positions, but reiterated his delight with Foden’s progress following a prominent role in City’s success this season.

“Both are young incredible talents with incredible skills, but it is difficult to compare players in different positions,” he added.

“I am sure that PSG are happy to have Mbappe, and you cannot imagine how happy we are to have Phil.

“I don’t give presents to players. They don’t play because they are a Manchester City player. He plays because he is at a good level.”