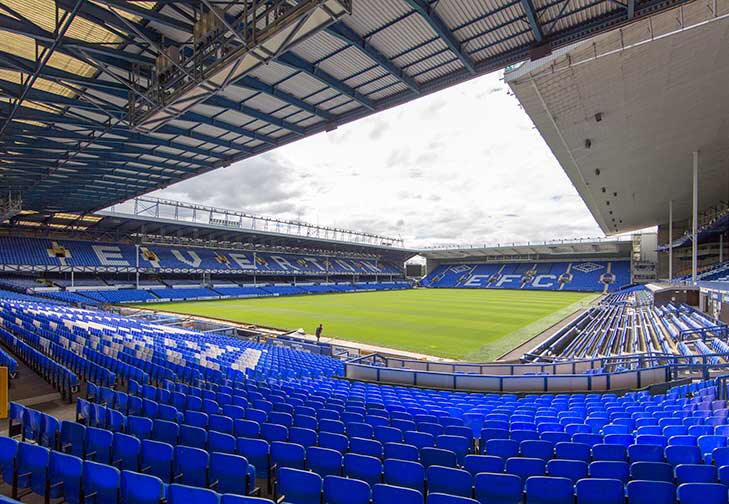 The club had plans several years ago for a development in Kirkby, but many fans were unhappy with the club moving outside of the Liverpool City boundary and the plans were eventually shelved.

Moshiri took over the club in March, and just two months into his ownership, plans were also scrapped to build on a site at Walton Hall Park.

It is believed that the club are now looking at a site in the Liverpool Docklands are, and Mayor Anderson is hopeful that the club can build a new stadium within two years.

Speaking back in May, Anderson, who is an avid Everton fan, confirmed that they were in discussions with the club regarding the site of their new home:

This is why I am so confident about the period of time – because while it’s really up to the club, the finance is going to be there and met by the club.

If it were a dockland site that’s not owned by us, so they would have to purchase that. If they do something with us then what they put in, in terms of a stadium, will help create leisure and jobs around the area so we are prepared to do a deal with them that brings the scheme to fruition.

I am restrained in talking openly about this while they are still talking to (other) landowners. But if they go for a council-owned site we can put in leisure to create jobs.

We can’t do retail because that would be competition with other parts of the city region, but we could certainly do leisure and things that support the stadium, restaurants and different things.

Goodison Park has been the home of the Blues since 1892.