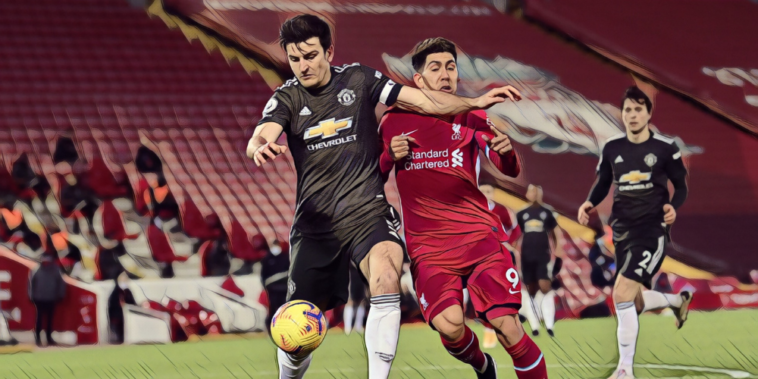 Gary Neville has highlighted the two positions that must be ‘dealt with’ if Manchester United are to push on and challenge for silverware.

Despite their position at the summit, few expect United to go on and claim a first title in eight years this season and Neville has given his assessment of where his former side must improve if they are to become genuine contenders to be crowned champions.

Mannchester United have strongly been linked with a move for Jadon Sancho in recent years, and when asked where his former side need to improve during Sky Sports’ Monday Night football, Neville pointed out the imbalance on the right side of the Red Devils attack.

“The right side has always been a problem and it’s emerging as an even bigger problem,” he said.

“I actually felt sorry for Pogba on the right-hand side on Sunday. It was a toil for him. He didn’t play badly, but he didn’t have a good game and l didn’t think he could have a good game either with [Andrew] Robertson flying that way and him not enjoying being on that side.

United have improved defensively in recent weeks, conceding just one goal in their last five league outings, though Neville believes a partnership of Harry Maguire and Victor Lindelof results in a deeper defensive line and says Ole Gunnar Solskjaer must take responsibility for ensuring his side push higher and ‘squeeze the game’.

“The next point is the defence,” he said. “The back four have gone from being weak 18 months ago – and l still think there is a weakness there – but they have become more solid and stopped conceding goals.

“That’s not just the defence because the goalkeeper is playing better and [Scott] McTominay and Fred are doing a really good job. But they are having to defend really deep, particularly in big games.

🗣"I am not going to sit here and defend them when I don't need to defend them"@Carra23 & @GNev2 is getting heated about Manchester United's performance against Liverpool at Anfield pic.twitter.com/7q68m7mWW7

“I think in top teams nowadays, and certainly the top Manchester United teams I played in, they go up the pitch that extra five yards.

“It makes your stomach churn a little bit where you think, ‘There’s a bit of space in behind me’.

“But this back four haven’t got the personality or character to get up that extra five yards and squeeze the game. That bit will be the thing that changes the most in terms of mentality.

“Ole has to take responsibility for it, but he might be thinking that with [Victor] Lindelof and [Harry] Maguire, he can’t get the team up the pitch a little bit more.

“They have to get up the pitch a lot quicker.”