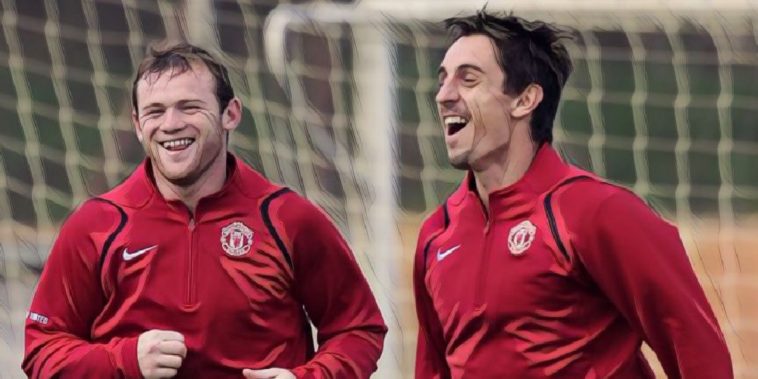 Gary Neville has named ‘unpredictable’ Wayne Rooney as the hardest Manchester United star to keep under control and admits handling the former England forward was a ‘challenge’.

Neville has been opening up on his former teammates from a glittering career at Old Trafford, the former full-back making over 600 appearances in all competitions and winning eight Premier League titles amongst his honours.

The academy graduate went on to captain the club for six years before his retirement, and has named the club’s all-time record goalscorer Rooney as the player most difficult to keep under control during his time as Man Utd skipper.

“Rooney. You used to have to man-mark with him a security guard on a night out,” Neville told Sky Sports.

“I remember once a security guard was looking after him, I literally did put a security guard on him – I always thought he was a target for people we saw in the street, someone the other fans would try and wind up.

“It’s about a 10-step staircase and he’s literally been left alone for five steps! He was somebody that was a challenge, but he was a great lad.”