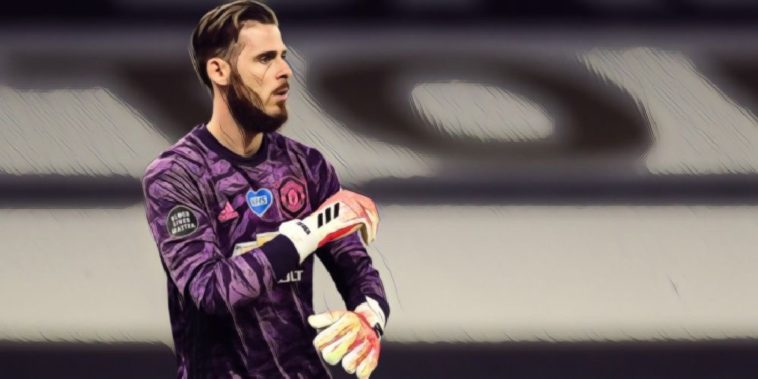 Gary Neville has questioned David De Gea’s long-term slump in form and admits the goalkeeper ‘hasn’t been the same for some time’ following his latest error.

The Spain international has come under fierce criticism following his showing in Manchester United‘s 1-1 draw at Tottenham on Friday night, with the goalkeeper at fault for Steven Bergwijn’s opener for the north London side.

De Gea’s mistake was the latest in a series of blunders for a goalkeeper once regarded as arguably the world’s best, with former United captain Roy Keane scathing in his criticism of the 29-year-old who he says is ‘massively overrated’.

Neville admits De Gea’s long-term slump is a huge cause of concern for Ole Gunnar Solskjaer’s side and believes the goalkeeper’s confidence has dipped following a collection of high-profile mistakes,

“He was the one player United could rely upon for the last four years but he’s not the same,” he said on the Gary Neville Podcast.

“He hasn’t been the same for some time. When form drops for six months it’s a blip but when it goes on for a year you start to worry. When it goes over two years it becomes more permanent.

“That is now a fair representation of what De Gea is as he’s making lots of mistakes. Ones he would never make – he was always somebody you could completely rely upon. It can only be a confidence thing. The arms, legs and body are the same – it’s got to be the mind.

“The reception he’s got in Spain has affected him. He’s even been booed by Spanish fans when he’s wearing the Spanish shirt. In the World Cup in 2018 he really struggled and from that he’s doubted himself. Mentally he’s not quite the same.”

Neville added that De Gea’s mistakes are ‘happening far too much’, but believes the goalkeeper is capable of rediscovering his best form, urging the Spaniard to ‘go back to basics’ as he bids to recover from a difficult period.

“There’s only one thing you can do when you’re having a tough time: work. Work harder than you have ever done in your life. What will happen is that you will tell yourself the amount of work you put in you deserve to be good again. That means coming in at 7.30am and leaving at 6pm if needs be. He has to do something to stop the erosion.

“Mistakes like that can happen on the first game back but it’s happening far too much over the past couple of years.”