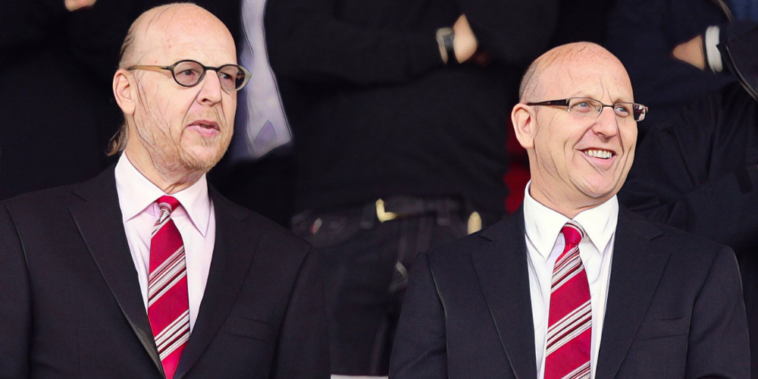 Gary Neville has urged the Glazers to leave Manchester United ‘in the right way’ following their decision to finally sell the club.

Despite the ongoing World Cup, Manchester United dominated the front and back pages last week as the club announced the departure of Cristiano Ronaldo, which was quickly followed by the news of the Glazers’ willingness to sell.

Newspapers have been awash with stories of who could take over the 20 time English champions, with billionaires across the globe all being linked with making their move.

While Manchester United fans greeted the news of the Glazer’s decision to sell with delight, there of course no guarantee that the next owner will be any better.

Former United captain, Gary Neville – who has been outspoken about the Americans’ tenure in recent years – said he wasn’t surprised by the announcement, and has urged the family to ‘engage properly’ with the club’s supporters regarding their departure, and feels potential buyers should produce a ‘manifesto’.

“This doesn’t surprise me. I’ve been saying for six months that the Glazers would have to sell or part-sell,” Neville told Sky Sports. “Anybody who’s close enough to the club knows that.

“There is a need for equity and cash in the club, just for the investment they’re going to have to put into the stadium, the training ground and the sporting project. They haven’t got enough money.

“It’s a big moment now. The Glazer family will never get a great exit from Manchester United but they could have a more pleasant exit if they do it right. Over the next couple of months, I’d like to see them engage properly with the fans about who is going to take over the club.

Club statement on a process to explore strategic options for Manchester United.#MUFC

“I think what Manchester United fans need to see is a manifesto from the new owners,” Neville said. “Manchester United can’t be handing over to an owner that basically screams against what the club stands for or what the club wants. So there are manifesto pledges that I think are really important – like the fan voice, the fan experience, and maybe even positions for fans on the board.

“But the sporting project needs to improve. What is it going to be? Are the new owners not going to take dividends? Are they going to make sure it’s a debt-free football club and that they’re re-investing? Maybe there’s a new stadium that needs to be built or a new training ground.

“These are pledges I can think of off the top of my head that are really important for anybody bidding for Manchester United. It’s a manifesto that needs to be put forward so that the fans can understand.

“There are going to be many bids in the many billions and I think if the Glazers want to exit in the right way, it would be to sell it to a party that isn’t only the highest bidder, but if they can get parties near the end to get to a figure they like, then it would be very nice for them to put something forward to the season-ticket holders.

“Because the reality of it is, if the Glazers want to do this right, they have to make sure the club is going to a party whereby the fans don’t believe they’re being lumped with another owner they don’t like.”

Read – Liverpool in talks with Saudi and Qatari consortiums over takeover