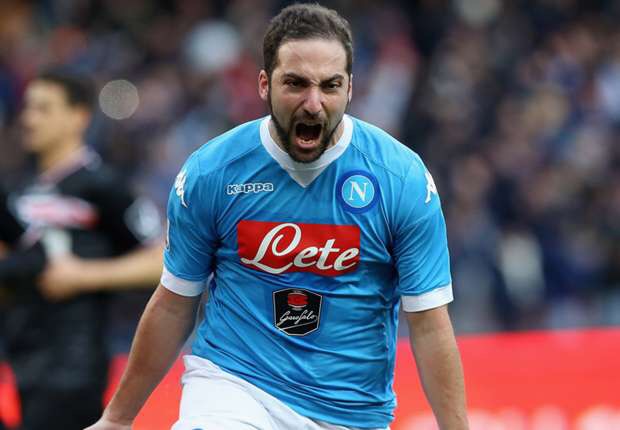 Serie A club Napoli have confirmed that they have only received one bid for Argentine striker Gonzalo Higuain.

The Italians received a €60million bid from Atletico Madrid for Higuain a few weeks ago, in a deal which would see two players move in the opposite direction from the Spanish capital – a bid that was rejected by Napoli president Aurelio Di Laurentiis.

I haven’t spoken to the player. The only offer I’ve had was from the president of Atletico Madrid last month and I told him we couldn’t do anything.

He offered €60million plus two or three players and I said no.

Higuain is known to have a €94million release clause in his Napoli contract, the only fee that would allow the 28-year old to leave the club before the end of his contract which expires in two years.

Juventus have been strongly linked with making a move for the striker, something which Di Laurentiis dismissed.

Even if Juventus were to come into the picture, they need Higuain’s consent.

Would he be betraying Napoli? It would be a much bigger betrayal of himself. You don’t go to the Napoli curve (hardcore fans), sing songs of love of the club and then just go somewhere else. It would be absurd.

I’m not interested in his brother’s strategy. The fact that Napoli have qualified for Europe seven years running, with dignity, is a clear indication that we are good enough.

With us, Higuain has gone back to being what he was when he played for Real Madrid.

Despite his apparent hardline stance, Di Laurentiis said that Napoli could survive without Higuain. The club were in Serie C when he took over the club in 2004.

I’m not really bothered. Napoli also finished second (in 2012/13) without him. We started in the third division and I’m proud of our club. I’m certain we will continue to do well.

Arsenal are also interested in adding Higuain to their ranks, but with the presidents latest comments it seems that Arsene Wenger will have to dig deep.