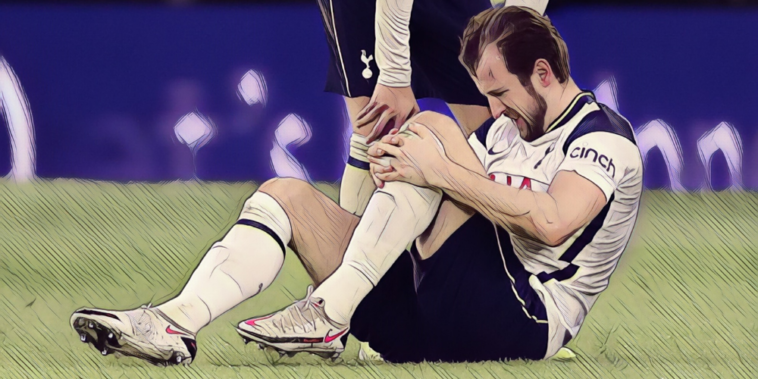 Jose Mourinho has revealed that Harry Kane could return to action for Tottenham next week as the forward continues his recovery from an ankle injury.

Kane was substituted at half-time of the 3-1 defeat to Liverpool last week after picking up an ankle injury against the Premier League champions, with initial fears the England captain could be set for a significant spell on the sidelines given his history with ankle issues.

The 27-year-old missed the defeat at Brighton last weekend and will once again be absent for tomorrow’s clash with Chelsea, though Mourinho has provided a positive update on his progress and believes Kane could return for crucial clashes with Everton and Manchester City next week.

“He [Kane] is happy with the progress and of course we’re happy too,” said Mourinho at his pre-match press conference.

“I think it’s not a very optimistic thing to say next week he should be playing, it will be just a consequence of his good evolution.

“So we’re happy. We were scared when it happened but next week we play Everton and City at the weekend. I believe for one of these matches he should be back.”

Tottenham face Chelsea tomorrow evening with both sides level on points, Spurs currently sixth in the Premier League and six points adrift of the Champions League places with a game in hand.