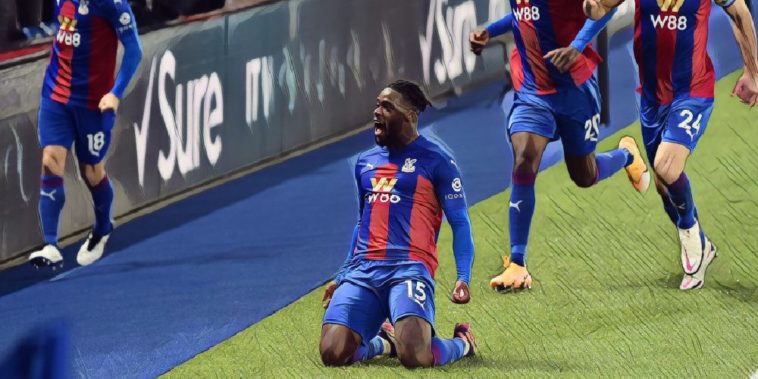 Tottenham’s title challenge suffered a setback as Jeffrey Schlupp pounced to snatch a point for Crystal Palace in front of 2,000 fans at Selhurst Park.

Spurs started brightly, and in the 23rd minute they took the lead through an all too familiar route. Son Heung Min laid the ball off to his strike partner Harry Kane, whose swerving effort from 35 yards caught everyone by surprise, including goalkeeper Vicente Guaita, with the ball beating the Spaniard who really should have done better.

While many of their recent games have seen the league leaders happy to concede possession, they had the most of the ball in this one, although struggled to create too many clear cut chances, particularly in the second half as Palace grew into the game.

Eberechi Eze was a particular threat for the hosts, creating five chances throughout the game, and with nine minutes left to play the 22-year-old summer signing’s inswinging free-kick caught out Hugo Lloris, and despite the Frenchman saving it, he could only parry it into the path of Jeffrey Schlupp who tucked home from close-range.

The equaliser sparked Spurs back into life as they looked to maintain their advantage over Liverpool at the top of the table, but were unable to find a breakthrough, Guaita making up for his earlier mistake with two very good saves to deny a headed Kane effort and tip a Eric Dier free-kick onto the crossbar.

Making up for his earlier mistake. pic.twitter.com/3ELtEmHvqp

Speaking after the game, Jose Mourinho admitted he predicted Crystal Palace’s resurgence at the break, but reckoned it was two points dropped in their pursuit of a title rather than a point gained.

“We have one more point than we had,” he told Sky Sports. ”In that way, a point is a point and we know how difficult they are to get in the Premier League. We [also] lost two points.

“If I look to the last 10 minutes of the game, yes [it’s two points dropped]. If I look at the first 45 minutes, yes, but from 45 to 75 minutes we couldn’t play or build from the back and we made lots of mistakes. A team like them, they can create and fight in the box. If I split the game into three parts – we lost two points.

“I want to believe that was because we couldn’t. At half-time I spent a good few minutes telling them what could happen in the second half. These guys, to control the game [against Palace] you need the ball. If you give them the chance to put balls in the box you put yourself in the line between victory and draw.

“There are not lessons to learn. We knew what the game could be. At half-time we predicted what could happen.”

The result moved Spurs a point clear of Liverpool ahead of their game against Fulham, before the two sides meet in a tasty looking fixture at Anfield in midweek.