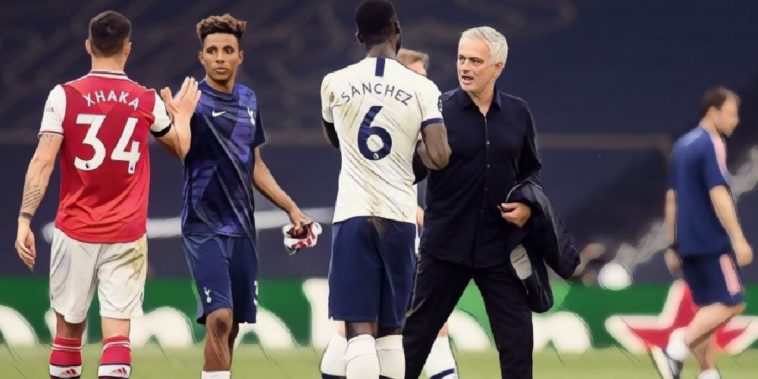 Coming into the game, the two sides were languishing in midtable, separated by just one point following equally indifferent seasons at either side of the north London divide.

It was Arsenal who would strike the first blow in the 16th minute, Alexandre Lacazette picking the ball up following a loose touch from Serge Aurier, before unleashing a venomous strike from 20 yards beyond his countryman Hugo Lloris in the Spurs goal.

The lead didn’t last long though, and three minutes after Lacazette’s opener the scores were levelled. Sead Kolasinac’s sloppy backward pass toward’s David Luiz was picked up by Heung Min Son, who advanced into the area to chip the ball past Emiliano Martinez.

After a relatively even first half, Arsenal dominated the ball after the break, though in a game which felt like the mid-table, end of season encounter that it was at times, it was Spurs who stepped up following the second-half drinks break, and got their reward with nine minutes to play, Toby Alderweireld glancing home a Heung Min Son corner to steal all three points.

Speaking afterwards, Jose Mourinho praised Mikel Arteta’s influence at Arsenal, but felt his side were ‘quite comfortable’ throughout the contest.

“I think the game was more tactical than anything,” Mourinho told Sky Sports.

“To be honest I think Mikel (Arteta) found a way for them to play, to be stable and to improve – they are improving and we felt that we should adapt slightly to them and I think we did it very well.

“Because how many times (Kieran) Tierney and (Hector) Bellerin normally reach the last third and how well they were controlled today. I think they were very controlled at that level.

“Even in the first period of the second half when they had more of the ball and they were more in our half, we were quite comfortable in that situation.

“I think also the two midfielders, they did a great job and then we found our chances and great spirit, (that) really helped.

“I think during the game nobody thought about it, even myself I didn’t, but Arsenal had 48 hours more than us to rest, so it was hard but come from their hearts this effort, this battle.

“Even in the last minutes of the game after 2-1, zero problems, everything under control so we are happy.

The result sees Spurs move two points above their rivals into eighth ahead of the final three Premier League games.