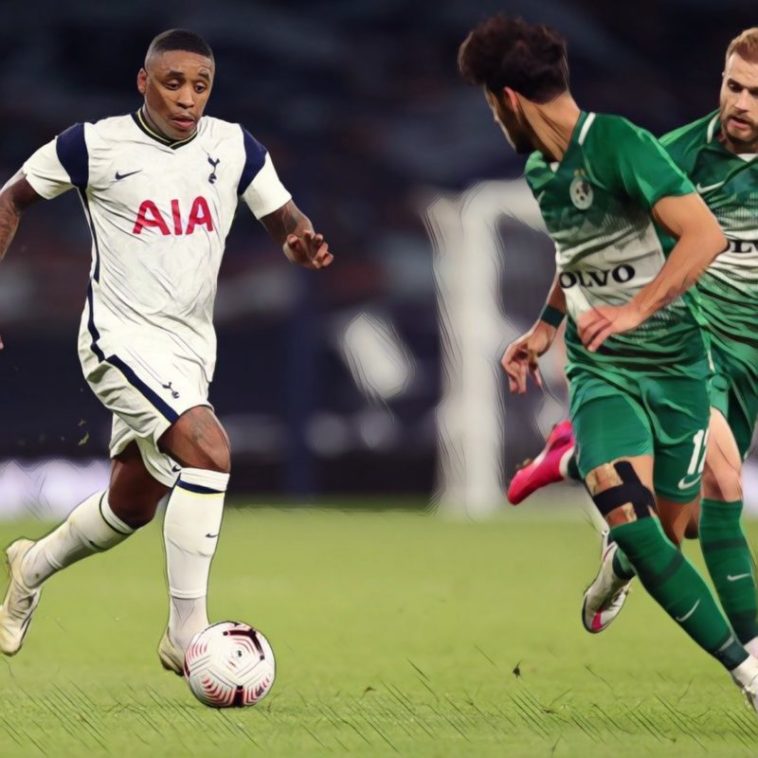 The north London side secured qualification to the Europa League group stages with a convincing win at the Tottenham Hotspur Stadium, Harry Kane scoring a hat-trick in addition to a brace from Giovani Lo Celso and further goals from Lucas Moura and Dele Alli.

It was another positive result for Spurs after their penalty shoot-out victory over Chelsea earlier this week and Mourinho was full of praise for his side’s performance, in particular that of Netherlands international Bergwijn.

The 22-year-old failed to get himself on the scoresheet but was a constant threat throughout, his speed and skill evident as he tormented the visitor’s backline, with Mourinho hailing an ‘important’ performance from the winter window signing.

“The team needs that, playing against a team that was pressing so high and giving space in behind,” Mourinho said at his post match press conference.

“He was very, very important. He didn’t lose the ball. He dropped, he got the ball, he beat people. He was really good. I am sorry for him that he did not score. A very good performance.

“Physically he is getting better, he is getting sharper. We have incredible options in the attacking positions and we are very happy.”

Spurs will learn their group stage opponents when the draw is made at 13:00 CET today, Mourinho’s side place in pot one of the draw alongside north London rivals Arsenal, whilst the Premier League’s third representative side, Leicester, are in pot two.