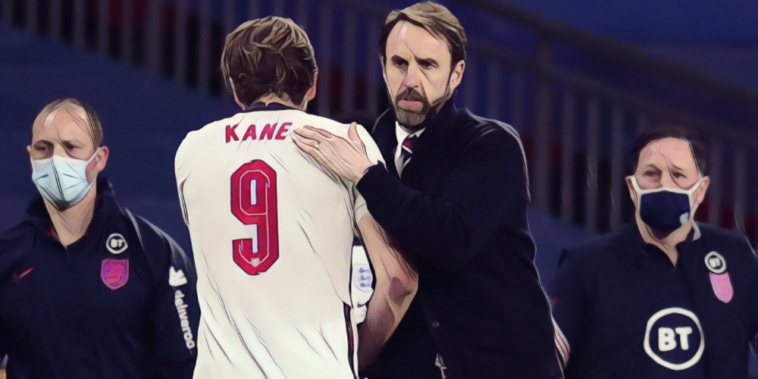 Jose Mourinho has hailed England’s current crop of talent and has backed Harry Kane to ‘try everything’ to steer his country to European glory in his bid to finally win silverware.

The Portuguese saw his brief spell as Spurs boss come to an end back in April, the three-time Premier League winner sacked by the club on days before the club’s Carabao Cup final clash with Manchester City.

The 53-year-old had taken charge of the north London club following the sacking of Mauricio Pochettino back in November 2019, guiding the club to a sixth-placed finish in the 2019/20 campaign, only to oversee a turbulent term this time out – Spurs sliding down the table after a strong opening that had seen them emerge as early title contenders.

One of the key men during Mourinho’s time at the Tottenham Hotspur Stadium was striker Harry Kane, the 27-year-old ending the season as the league’s top scorer with 23 goals, as well as the division’s leading assist maker, with 14.

Kane has subsequently asked to leave the north London club as he finally looks to add silverware to his collection of personal achievements, and Mourinho has said that the striker will be keen to ‘try everything’ to lift the trophy with England at this summer’s European Championship.

“Harry (Kane) is the one that has on his shoulders a lot,” Mourinho told The Sun.

“He’s the captain and he wants to win something. He’s not doing that with the club, so, of course, he’s going to try everything he can to do it with the Three Lions.”

The soon-to-be AS Roma boss went on to praise the current ‘generation’ of players at Gareth Southgate’s disposal, England looking to win their first silverware since their infamous 1966 World Cup triumph.

“This is a generation full of good players, even the young players. The squad is amazing. England has to go with everything.

“The group phase is at home. The semi-finals and final is at home. It has to be now, because it was in 1966. I think they have to push with everything.”