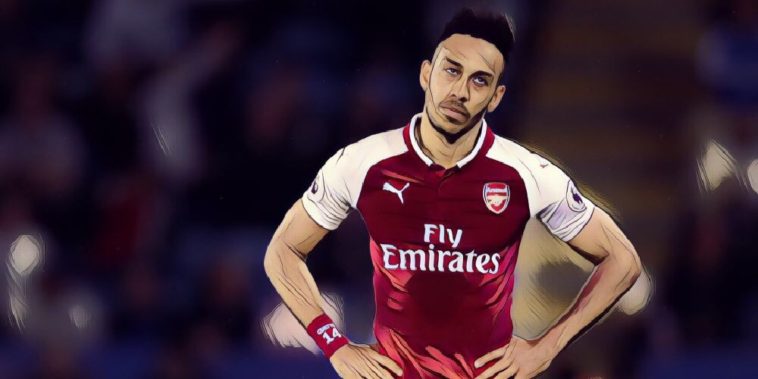 ‘It was easier to score!’ Is there anything more frustrating than watching a player miss a gilt-edged chance? Well, the players on this list will know more about that than anyone else this season.

The 2018/19 Premier League season was certainly a memorable one, and since it’s conclusion on May 12, we’ve been looking back through the data at some of the season’s most interesting stats, and today we look at the most ‘big chances’ missed.

As defined by the stat guys over at Opta, a big chance is ‘A situation where a player should reasonably be expected to score’, so we’ve decided to analyse the biggest culprits for squandering these big opportunities to score this season…

Back-to-back Premier League Golden Boots would suggest the Liverpool forward is one of the Premier League’s most ruthless finishers, but the stats show that the Egyptian has actually been one of the more wasteful players in the league this season.

The 26-year-old scored 22 league goals in 2018/19, however that tally could have been significantly increased had he not fluffed his lines on 16 ‘big chances’.

Salah’s high volume of goals and spurned opportunities are the result of the forward being able to create chances for himself, with his 137 shots on goal the highest in the division.

The England international’s form tracked a similar path to that of Manchester United, with a strong mid-season run of form bookended between a disappointing start and finish.

Having replaced Romelu Lukaku as the club’s first-choice centre-forward following Ole Gunnar Solskjaer’s appointment in December, the 21-year-old did reach double figures for league goals for the first time in his fledgeling career.

While the forward remains a player with great potential, he was amongst the most wasteful players in the league last season, equalling Salah’s record of missing 16 ‘big chances’ last season from a much fewer number of shots, 84.

Having been frustrated under former manager Claude Puel, Vardy found a new lease of life in the second half of the campaign under Brendan Rodgers scoring 11 goals in the final 13 games of the season.

The 32-year-old finished with a total of 18 goals for the season, however with 17 ‘big chances’ missed he could quite easily have reached 20 Premier League goals for the third time in his career.

Despite his high number of chances missed, Vardy actually ranked amongst the league’s most deadly finishers with the sixth-highest conversion rate in the division.

The Brazilian has had to settle for a back-up role to Sergio Aguero in recent times, with the 22-year-old’s 18 ‘big chances’ squandered perhaps justification for his stay on the Man City substitute’s bench, especially considering he only had 43 shots all season.

That said, Jesus’ seven Premier League goals came in just eight starts and at a rate of one every 147 minutes, he had one of the best minutes-per-goal ratios in the division.

His 18 wasted opportunities do however highlight of the quality service provided by Pep Guardiola’s champions, and Jesus’ ability to consistently get himself into scoring positions.

The England forward enjoyed a productive season for Eddie Howe’s side, netting 14 times in what was the best Premier League haul of his career.

Wilson’s season could have been even better, had he finished some of the 21 opportunities he wasted for the Cherries last season.

His tally was the second-highest in the division, though that hasn’t stopped him earning a place in the England squad for this summer’s Nations League finals.

Arsenal‘s Gabon international earned himself a share of the Premier League’s Golden Boot after a 22-goal haul, whilst also ranking fourth in the division behind only Anthony Martial, Sadio Mane and Glenn Murray for the league’s best conversion rate.

Despite his prolific season, no player in the Premier League missed more than Aubameyang’s 23 clear-cut opportunities, with the 29-year-old’s wastefulness of high-quality chances seeing him miss out on being the outright leading scorer in England’s top flight.

Can you name every winner of the Premier League golden boot? Take our Quiz!