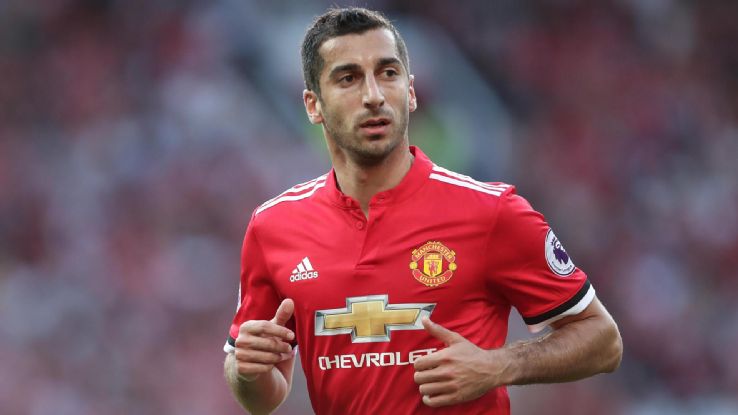 Manchester United have endured a largely miserable month in the Premier League. One key factor has been the form of Henrikh Mkhitaryan. Jose Mourinho may need to take action before this run of poor performances weighs his team down further.

Since then, the well has run dry. As United were brought back down to earth in October, Mkhitaryan has come crashing down with them.

Since the 1-0 win against Southampton, on the 23rd of September, Mkhitaryan has not played more than 75 minutes in a Premier League game. This seems to insinuate that Mourinho believes that the Armenian is not the player he needs to close out tight games.

His performances in the games since have taken a noticeable downturn. Up to and including the Southampton game, Mkhitaryan averaged 1.67 shots, 3.17 key passes, and 1.5 successful dribbles per game.

Since then, all these numbers have dropped. In the five games since, he has averaged 0.6 shots, 0.8 key passes, and 0.6 successful dribbles per game. The total passes per game and accurate crosses have also decreased in this time.

Mkhitaryan’s loss of form has coincided with a dip for Romelu Lukaku as well. With the Armenian serving as the main conduit for United’ attacks, his stuttering autumn has led to a lean spell for the Belgian striker.

In the games against Chelsea, Huddersfield and Liverpool, United needed more thrust from their attacking midfield. The energy and drive to get to goal just was not there, and counter-attacks lacked speed and sharpness.

United’s attacks have been rendered stagnant by Mkhitaryan’s reduced effectiveness, as his errant passes and touches allow defences to reorganise and close up any open space.

The absence of Paul Pogba has not helped, as the Frenchman provides another element for opposing sides to cope with, drawing markers and freeing up the space that Mkhitaryan needs.

STATS TO SHOW HOW MUCH MAN UTD HAVE MISSED PAUL POGBA

Time for a Change?

Once the November international break is over, United are in action against Newcastle, who have reacclimatised themselves well in their return to the top flight.

It might be time for Mourinho to drop Mkhitaryan to the bench, give him a rest and allow him to shake off this slump.

He does not lack options, with Juan Mata and Jesse Lingard both capable of playing behind the striker. Additionally, either one of Marcus Rashford and Anthony Martial might also relish the chance to play more centrally.

If United want to stand any chance of reeling in an imperious Manchester City team, they cannot afford to drop more points before the Manchester Derby in December.

To do that, they may need to make a tough call regarding their talented Armenian.

Should Mourinho drop Mkhitaryan? Will his form return when Pogba does? Who should replace the Armenian? Leave a comment below.