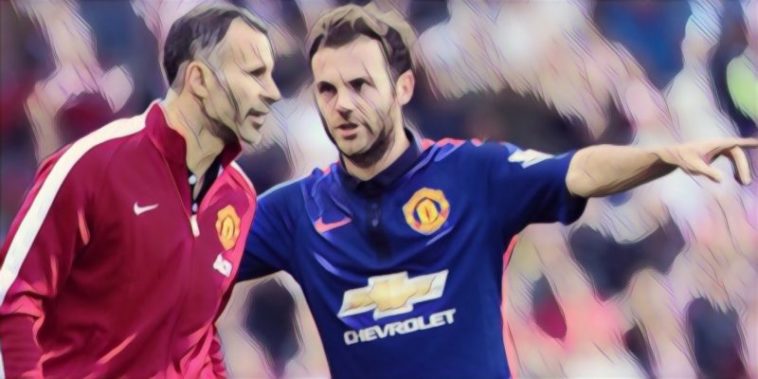 Manchester United’s Spanish attacker Juan Mata has said he would like to emulate club legend Ryan Giggs and play until he is 40-years-old.

Mata, who was an unused substitute in his side’s 0-1 win at Spurs, has featured 14 times in the Premier League this season, scoring twice.

The 30-year-old who joined United’s ranks in 2014 from Chelsea, is clearly still brimming with enthusiasm for the game, although he still has some way to go to get anywhere near Giggs, who played 963 times for United wining an incredible 13 Premier League titles.

“I would love to play until I am 40 like Giggsy did!” Mata told Inside United.

“I try to be as focused as I can with my brain to make the right decisions, and playing like that I think I can play still for some years and that’s my aim.

“I am enjoying it a lot and I will try to push it as much as I can and I’ll try to catch Giggsy in years!

“In games it’s difficult because he’s played over a thousand or something, but in years I can try.

The Spain international has a contract at Old Trafford until June this year. He was won an FA Cup, a League Cup and a Europa League with during his time at Old Trafford.