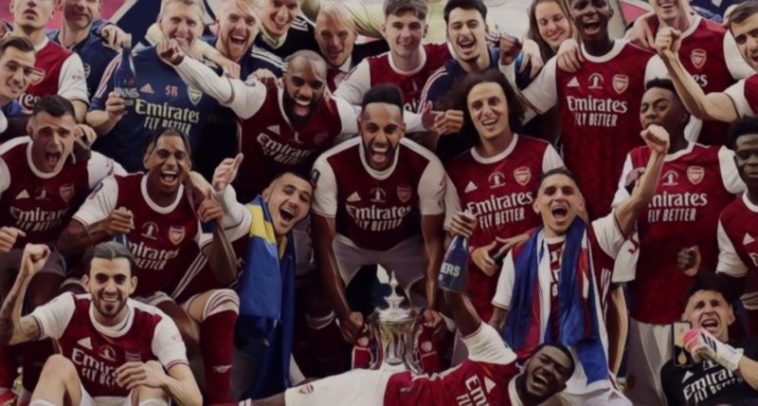 So often these showpiece events start as tentative affairs, but this one certainly didn’t. Within the first few minutes, Pierre-Emerick Aubameyang headed wide from an Ainsley Maitland-Niles cross and Mason Mount forced Gunners keeper Emi Martinez into a decent stop with a curling effort from the edge of the area.

In just the fifth minute, Chelsea would take the lead – a fine team move ending with a tidy flick from Olivier Giroud into the path of Christian Pulisic, the in-form American duly applying the finishing touch from close range.

Arsenal gradually began to gain a foothold in the game and they looked to have drawn level in the 26th minute when Nicolas Pepe whipped a curling effort into the top corner from the edge of the area, but the goal was rightly ruled out for an offside earlier in the move.

Just moments later the Gunners would equalise for real, Aubameyang firing home from the penalty spot after the Gabonese striker was dragged down in the area by Chelsea skipper Cesar Azpilicueta.

Arsenal began to dominate after the leveller and Mikel Arteta would have been disappointed that his side were unable to convert their superiority into a lead before the half-time break.

20 minutes into the second period though and Aubameyang would once again show why he is the Gunners’ main man, the 31-year-old beating Kurt Zouma all ends up before dinking the ball past Willy Cabellero and into the Blues net.

Chelsea’s hopes of getting back in the game were reduced in the 73rd minute when midfielder Mateo Kovacic was giving his marching orders for a second bookable offence, the Croatian international harshly adjudged to have fouled Gunners counterpart Granit Xhaka.

While Lampard’s side could not be faulted for effort, they lacked the quality needed to create the type of chance that would have seen them force the game into extra-time and Arsenal rather comfortably saw the game out to claim a record-breaking 14th FA Cup.

Matchwinner Aubameyang started his post-match interview by paying tribute to Argentine goalkeeper Emi Martinez, who once again put in a solid shift between the sticks for the Gunners.

“Big respect for this man [Martinez].” Aubameyang told the BBC.

“We enjoyed today. We are so happy.”

Aubameyang then went on to say how happy he and his teammates are at winning the cup and paid tribute to the job rookie coach Mikel Arteta has done since taking over from Unai Emery last December.

”As you can see, Emi [Martinez] is crying. That shows, that winning this game and this trophy makes us so happy,” he said.

“We deserved this win. He [Mikel Arteta] did a great job and we are so happy to have him on board.”

Club legend Ian Wright’s reaction to Arsenal’s goals in the BBC studio went viral on social media and Aubameyang was delighted when informed of the former Gunners strikers delight.

“Did he enjoy it? Wrighty! Wrighty in the 90s! I am right-footed so I went on the left and that’s it,” Aubameyang beamed.

However, when asked for an update on his future the Gabonese international refused to comment.

“Nothing. Just today and the trophy. That’s it!”

Today’s win sees Arsenal qualify for the Europa League and means north London rivals Spurs will now have to enter the competition at the second qualifying stage.