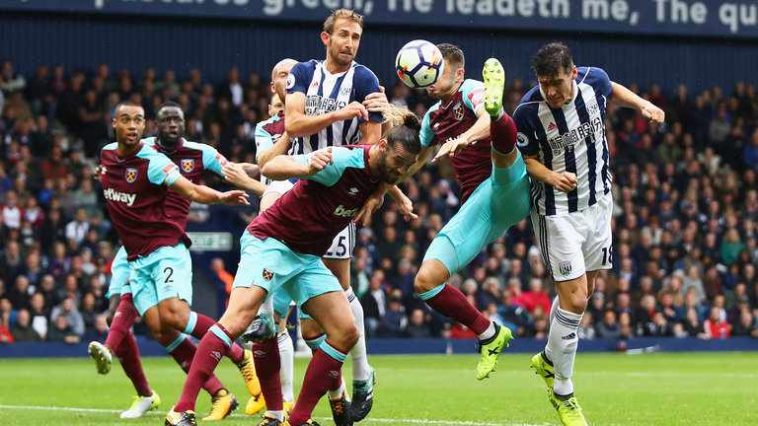 Neither side will be disappointed to have picked up a point from this un-entertaining goalless draw at the Hawthorns.

Having lost their opening three league fixtures, the Hammers have now had a good week after beating Huddersfield and gaining this away point.

The result moves the Baggies into the top half of the Premier League, while West Ham remains third from bottom, as of Sunday lunch time.

The main talking point for the home side was recent signing Gareth Barry making a record-equalling 632nd Premier League appearance.

Unfortunately, this match will not go down as one of the best in that long series of games.

Saturday’s match was extremely short on chances, with just two shots on target in the 90 minutes.

During a dire first half, West Ham’s Pedro Obiang provided the only moment of quality, catching West Brom goalkeeper Ben Foster off his line and hitting the crossbar from just outside the centre circle.

After the break, Foster was lucky to escape with just a booking as he raced out of his box and brought down the onrushing Javier Hernandez.

Neither side could muster very much in terms of attacking play, with only a speculative long range shot from Hammers’ Michail Antonio and a Hal Robson-Kanu header for West Brom forcing a save from either keeper.

For the second game in succession, recent signing Javier Hernandez was not in the game until he was involved in the incident with Foster in the 66th minute.

Worryingly, for Hammers fans, the former Manchester United marksman did not gel with Andy Carroll and the potential striking partnership will need some practice.

Baggies boss Tony Pulis was content with the draw and said his side needs a bit more quality upfront. Hammers manager Slaven Bilic was also pleased as his side kept a clean sheet for the second time in a week.

The EFL Cup occupies both sides this week, with West Brom hosting Manchester City on Wednesday and West Ham playing Bolton Wanderers at home on Tuesday.

The Hammers then host Tottenham in the league on Saturday, while the Baggies are at Arsenal on Monday 25 September.