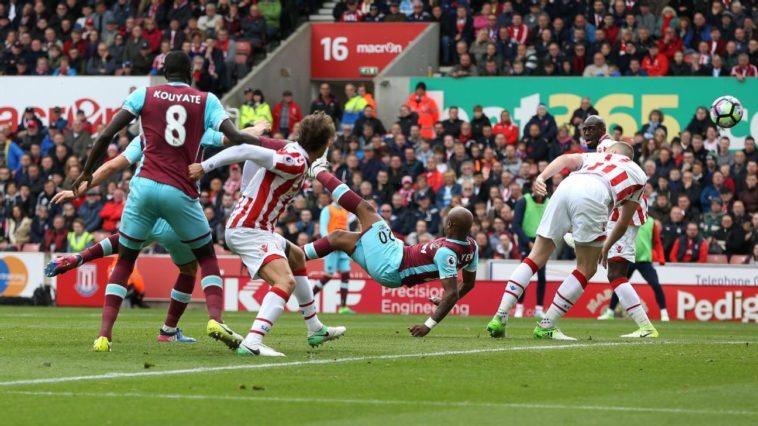 Both Stoke City and West Ham United moved closer to Premier League safety after sharing spoils with a goalless draw at the Bet365 Stadium.

West Ham are now unbeaten in their last four matches, and this point moves the Hammers on to 39 points, seven clear of the relegation places.

For Stoke, with just one win in the last eight games, the draw means they still have one more point than the visitors. With three games to go, the Potters now have 40 points and sit in 12th place in the Premier League table.

Both teams created chances as they went for the all-important win, which would have all-but guaranteed their Premier League survival.

Goalkeepers Jack Butland and Adrian were in excellent form and both pulled off a number of fine saves to keep the game scoreless.

This was Butland’s first home game since March 2016, when he sustained an ankle injury playing for England in their 3-2 win over Germany.

The Hammers best chance fell to Andre Ayew, who saw his overhead kick saved by Butland. At the other end, Adrian denied Marko Arnautovic late in the game, saving the Stoke forward’s volley from point blank range.

Speaking after the game, West Ham manager Slaven Bilic praised his team’s defensive qualities and the fact that they have now kept two consecutive clean sheets.

He said: “We want and we need to win games and for that we need to score goals. But let’s be positive, it’s a good point for us and we are now four games unbeaten and we are going to approach the remainder of the season in a positive way.”