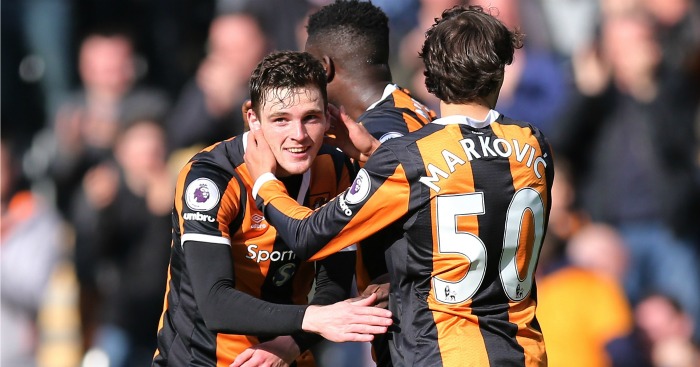 West Ham’s second half collapse left the Hammers on the brink of a relegation dogfight. The 2-1 win for the Tigers has given Hull renewed belief that they can avoid the drop.

An early strike from Andy Carroll gave West Ham a half time lead, but second half goals from Andrew Robertson and Andrea Ranocchia was enough for the home side to grab a priceless win.

The defeat means West Ham have now lost four Premier League games in a row. They are now in 14th position with 33 points, just six points above the relegation zone.

Away fans travelling to Humberside on Saturday will have returned to London extremely disappointed, as they saw the Hammers once again concede a late second half winner.

Defensively West Ham look a shambles, especially at set pieces. Consequently, it was no surprise to see Hull’s winner, in the 85th minute, scored from a corner with Ranocchia completely unmarked.

Going forward West Ham looked lightweight, with only Carroll – in the first half – offering any sort of threat. The Hammers missed injured Michail Antonio’s speed and direct running with the ball.

Hull City seem to be moving in the opposite direction to the Hammers. As West Ham, worryingly slip down the table, Hull now have 27 points, level with fourth from bottom Swansea City. West Ham’s next three games can now be viewed as make or break, as Slaven Bilic’s side try to avoid further damaging defeats.

Next up for West Ham is midweek trip to Arsenal, followed by a home game with fellow league strugglers Swansea City and then an Easter showdown at Sunderland. The Hammers need some points from these games, as they are now anxiously looking over their shoulder at the teams below.

With the exception of Sunderland, Middlesbrough and West Ham, all of the teams in the bottom half of the Premier League seem to be picking up points. West Ham fans will be hoping that it isn’t these three that are the fall guys come May.

We are currently looking to add more Hull City and West Ham fans to our writing team. If you are interested in writing about your club, join our rapidly expanding writing team.