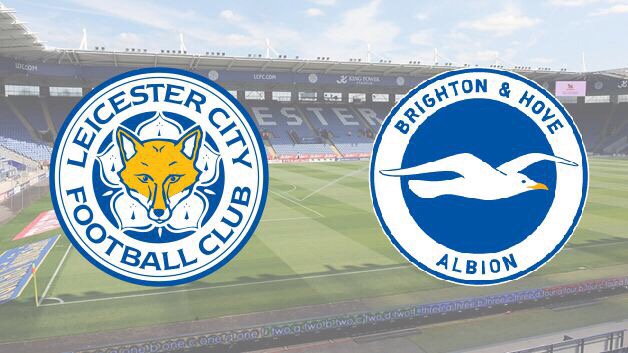 Leicester perform in front of their home fans for the first time this season as they take on newly promoted Brighton.

Leicester face Brighton in this early Premier League clash with both sides looking for their first points of the season. The Foxes kicked off this campaign with an enthralling but ultimately painful defeat at Arsenal, where they leaked two late goals to lose a crazy game 4-3.

Meanwhile Brighton’s first top flight match in 34 years couldn’t have been harder when they were paired with Pep’s Manchester City. The Seagulls managed to shut out one of the division’s most dangerous sides for 70 minutes before succumbing to a respectable 2-0 defeat.

Leicester look unlikely to call upon the services of Kelechi Iheanacho with the striker still struggling with a toe injury that he picked up in pre-season. Midfielders Danny Drinkwater and Vicente Iborra and defender Robert Huth will also miss out but Riyad Mahrez is likely to be involved with the Algerian unable to force a transfer away from the club and Harry Maguire is set to make his home debut for the club.

Lewis Dunk will celebrate his new contract with a start but the Seagulls won’t be able to give a debut to Jose Izquierdo who is still awaiting clearance to complete his move from Club Brugge. Chelsea loanee Izzy Brown was forced off early in Brighton’s clash with City with a hamstring injury and it will keep him out of contention for this weekend. Anthony Knockaert will be hoping to make an appearance against his former side.

Only complacency should stop Leicester from winning this game. The Foxes were desperately unlucky not to get even a point at Arsenal and they are strong at home and will be determined to get off to a good start. Brighton looked toothless against Man City, which is understandable but their away day credentials are yet to be tested. Jamie Vardy already has two goals to his name and whilst Mahrez remains on Leicester’s books, the home team have plenty of creativity and skill to beat Brighton.