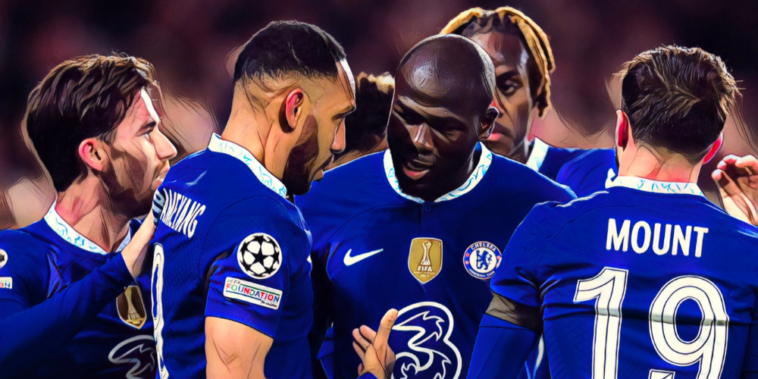 Chelsea take on Wolves in the Premier League this weekend as Graham Potter looks to extend his unbeaten start as manager in west London.

Wolves arrive in the capital after a difficult start to the season, with Bruno Lage dismissed following last week’s loss at West Ham.

Here is all you need to know about Saturday’s clash at Stamford Bridge.

Graham Potter’s reign at Chelsea is beginning to take shape after back-to-back wins, with the Blues producing an impressive performance to beat AC Milan in midweek.

The 3-0 win over the Italian champions got Chelsea’s group stage up and running after a false start. Reece James was excellent in a marauding wing-back role, while Pierre-Emerick Aubameyang scored for the second successive game as he finds his feet in a Chelsea shirt.

Ruben Loftus-Cheek also shone in midweek on a rare start and the midfielder will hope to retain his place in Potter’s plans. After being fortunate to beat Crystal Palace in the Premier League last weekend, this was a statement result from Chelsea who will now look to kick on under the new manager.

The west Londoners are set to be without Wesley Fofana in the short-term at least however, after the centre-back suffered a potentially serious knee injury in midweek.

Wolves’ drab start to the season saw the club’s board lose patience with Bruno Lage, who was sacked last week after opening the season with just one win from eight games.

Steve Davis and James Collins will take charge for Saturday’s trip to Chelsea, as Wolves assess candidates for the role with Julen Lopetegui – sacked at Sevilla in midweek – named as the club’s leading choice.

The task for any new manager will be addressing a concerning lack of goals, a problem which has been long-standing at Molineux and has prevented a talented team from competing higher up the division.

A return of just three goals is a paltry sum and Diego Costa – who made an impact off the bench in the defeat at West Ham – could be handed a first start against his former side. Wolves also have issues at centre-back with Nathan Collins suspended.

Wolves snatched a dramatic late equaliser in the previous encounter between the teams, as Conor Coady’s 97th-minute leveller rescued the visitors a point at Stamford Bridge.

The pre-game talk centred around the sale of Chelsea being agreed, though there were still plenty of talking points on the pitch after an entertaining draw in west London.

Romelu Lukaku looked to have won the game for Chelsea after scoring twice in three second-half minutes, but Francisco Trincao’s spectacular strike set the stage for Coady to equalise seven minutes in stoppage time. Remarkably, none of the goalscorers from May’s clash remain with the two clubs.

Is Chelsea v Wolves on TV?

Chelsea vs Wolves will not be broadcast live to UK or Irish audience, though can be listened to on BBC Radio 5 Live.