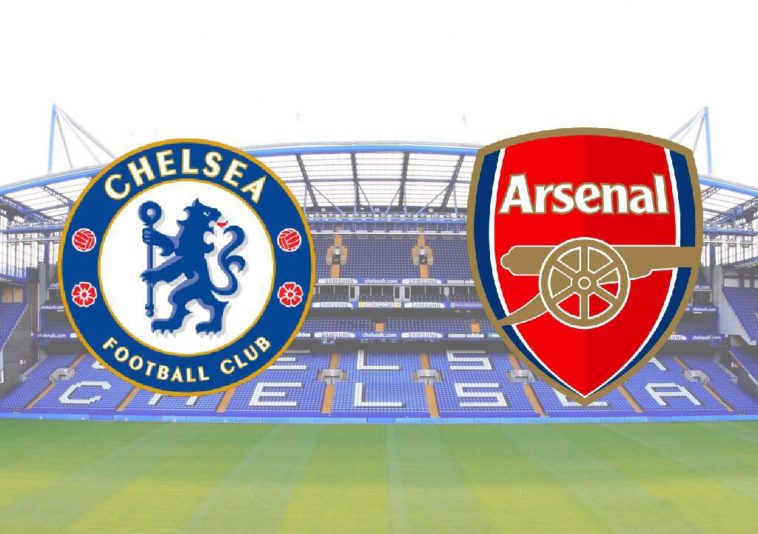 Chelsea and Arsenal face off for the fourth time in 2017, this time in Premier League action on Sunday. The city will be brimming with passion as fans will fill the streets with blue and red shirts as they make their way to Stamford Bridge for the London Derby.

It probably won’t be of similar magnitude to the FC Köln supporters on Thursday, but expect some delays as you travel to the stadium.

Arsenal have gotten the better of Chelsea, winning three of the last four matches that includes an FA Cup final and a Community Shield. However, there’s a common theme in those three wins: none of them happened at Stamford Bridge.

In fact, Arsenal haven’t won in Chelsea’s home since October 2011 when Robin van Persie scored a hat trick to lead the Gunners to a 5-3 thriller over the Blues. Back then, Chelsea were managed by André Villas-Boas, and have changed first-team coaches four times before Antonio Conte signed with the West London club.

Nobody in that Chelsea starting XI is still with the club to this day. The only two that remain from the bench are David Luiz and Jamal Blackman. The former left for Paris Saint-Germain before coming back to the club, while the latter has yet to make an appearance for his parent club and is now on his fourth loan spell.

Since the last time Arsenal beat Chelsea away, they have been outscored 13-2 by their rivals. Their biggest loss was 6-0 in 2014. notable for being Arsene Wenger’s 1000th game in charge for Arsenal, and for Kieran Gibbs being given a red card for a handball committed by Alex Oxlade-Chamberlain.

Chelsea look to extend their home winning streak over Arsenal to six games, solidifying Stamford Bridge as a fortress.

Chelsea have won three Premier League matches in a row, and four in all competitions. The 3-2 loss to Burnley feels like it was ages ago, and the outlook of the team is much more positive.

Álvaro Morata has been the biggest difference maker in changing Chelsea’s fortunes. Morata has been an improvement over Michy Batshuayi, especially when receiving the ball back towards goal. With the return of Eden Hazard, the Blues attack will look potent once again.

Arsenal suffered a 4-0 defeat against Liverpool, reviving the cries of Wenger Out. Since then, Arsenal have comeback to beat Bournemouth 3-0 with Danny Welbeck scoring two goals and Alexandre Lacazette scoring one. After giving up an early goal to FC Köln on Thursday, the Gunners scored three unanswered to earn three points in the Europa League.

The North London club rested seven usual starters for Thursday’s game in preparation for the matchup against Chelsea. The clash between these two heavyweights look to be equal going into Sunday with both clubs riding some momentum.

Hazard is close to 100% fitness after fracturing his ankle in the summer. Antonio Conte hasn’t explicitly said that the Belgian will start on Sunday, but he should crack the lineup for such an important game against one of Chelsea’s biggest rivals. Danny Drinkwater has been ruled out until October for a calf injury.

Francis Coquelin is out for three weeks due to a hamstring injury, and Santi Cazorla does not have a timetable for his return from an Achilles injury. Calum Chambers is getting closer to being fit after hurting his groin.

If Chelsea can learn from their mistakes in past matches (allowing Arsenal to control the midfield on and off the ball), they should be able to keep the winning streak alive. Chelsea 2-0 Arsenal.