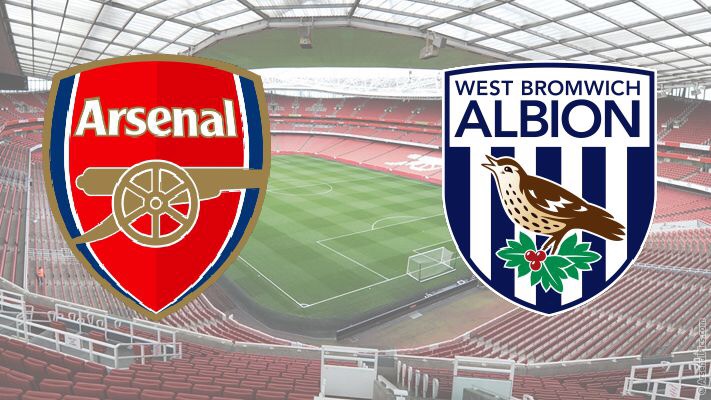 Arsenal welcome Tony Pulis’ West Bromwich Albion to the Emirates Stadium on Monday. Arsene Wenger’s side will look to extend their good form from last week’s Premier League game against Chelsea and a win against Doncaster Rovers in the Cup game mid week.

Kieran Gibbs, an Arsenal academy graduate, will be playing against the Gunners for the first time since his move in the summer. Gareth Barry of West Brom, will be making a record breaking 633rd Premier League appearance. The Baggies have improved a lot in the last year or so, and Arsenal will have to watch out for that.

A resurgent Arsenal however, after  disappointing losses at Stoke and Liverpool, have responded quite well. The Gunners have defeated Bournemouth, Cologne and Doncaster and won a point away at Chelsea producing a very good display against the Blues. Arsenal will try to continue this good run of games and try to get some points under their belt. Arsenal however, will have to break the strong defensive line of West Brom, that does create a lot of problems for a lot of Premier League forwards.

Alexandre Lacazette has scored two goals in his first four Premier League starts this season. This is not bad for a striker new to the Premier League and still adapting to the pace of the League.

But his fellow counterparts, Romelu Lukaku and Alvaro Morata have been doing far too well for their respective clubs as compared to him. This might just put some pressure on the French striker, as Arsenal fans really expect him to fire some goals and assists. Arsenal fans want him involved in goals every week, just like Morata and Lukaku. It will be interesting to see how Lacazette handles this pressure.

Mesut Özil will return for Arsenal after a minor setback that ruled him out of the Chelsea game. Jack Wilshere will also return to the Arsenal team after impressing midweek in the Cup game against Doncaster. Danny Welbeck, Calum Chambers and Francis Coquelin are all ruled out for this game alongside  long term absentee Santi Cazorla.

For West Brom, Nacer Chadli,  Chris Brunt and Oliver Burke will all undergo late fitness tests which will decide their involvement in the game.