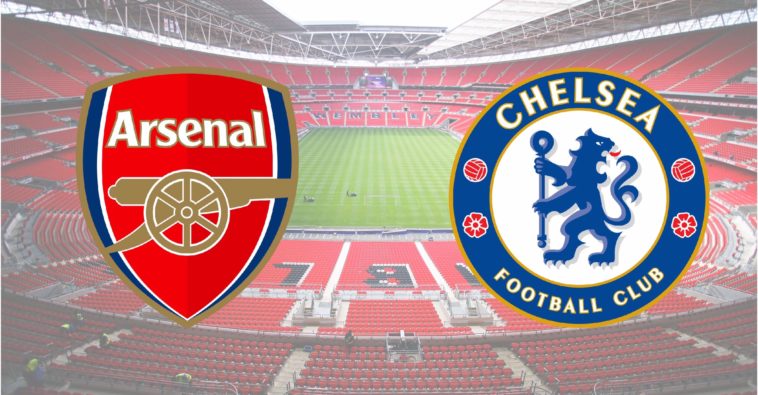 It is the beginning of another exciting season of English Football with The Community Shield as Arsenal face their London rivals Chelsea at Wembley on Sunday.

Having denied the Blues the League and Cup double back in May, Arsene Wenger’s side meet Conte’s men again, in what is expected to be another cracking encounter.

The FA has made it clear that the Community Shield will be played with the new ‘AB BA’ penalty shootout rule. The new penalty shootout rule will be applicable if the game ends in a draw at the end of the regular 90 minutes. What that means is that both teams will take turns in shooting first during each pair of penalties taken. In simpler words, the penalties will be taken in pairs like AB BA AB BA and not the traditional AB AB AB AB format.

Chelsea have had quite a neutral transfer window this time around and are expected to make another couple of signings before the commencement of the Premier League. Nemanja Matic has joined Manchester United. Diego Costa, the Blues’ top scorer last season, has been told to leave the club by Conte. Chelsea have made a record replacement signing in Alvaro Morata and the striker is expected to feature for them in this fixture. Chelsea have also signed Antonio Rudiger and Tiemoue Bakayako, but whether they will feature, is a major doubt.

Arsenal’s biggest victory in this transfer window has been the stay of Alexis Sanchez and Mesut Özil at the club for another season. The duo have not signed a new contract yet, but will remain at the club atleast until their contract runs out, as per manager Arsene Wenger. The Gunners have significantly strengthened by notable additions in Sead Kolasinac and club record signing Alexandre Lacazette. Kolasinac was impressive in the preseason games, and has settled in quick. Both are expected to start this game for the Gunners. As for future, Arsenal too, might be looking for one or two more additions before the window is closed.

Both Laurent Koscielny and Victor Moses, who are currently serving a ban, are eligible to play the game as the Community Shield is basically a friendly, and not a competitive fixture.

New signing Alvaro Morata is expected to start for Chelsea up front. But, Michy Batshuayi is in contention after having a great pre-season, including netting twice against the Gunners in China in a preseason friendly last week. This might change Conte’s plans and we could see both make the lineup. Eden Hazard and Bakayako are both unavailable for Chelsea.

For Arsenal, they are expected to play the changed ‘three at the back’ formation. New signings Lacazette and Kolasinac are both expected to start for the Gunners. Arsenal have all players from the FA Cup Final available except Francis Coquelin, giving Wenger too many options to choose from.

It seems that Arsenal really love playing at Wembley. The Gunners have won their last seven games at the Stadium including an important FA Cup Final win against the same opponents back in May. Arsenal now hold the record for the highest ever winning streak by a club at the famous stadium. Also notable, is the fact that Arsenal have won six of their eight Community Shields played under Arsene Wenger. So the Gunners will be high on confidence coming into this.

With Eden Hazard missing out and Diego Costa not playing, I expect Arsenal to stretch their unbeaten streak at Wembley to eight games. I expect a repeat of the FA Cup Final, with Arsenal winning 2-1.