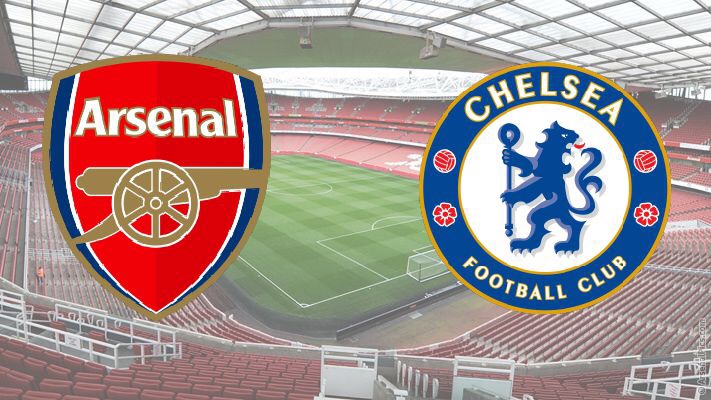 Two rival clubs kick off 2018 with a fierce London derby when Arsenal take on Chelsea in the Premier League at Emirates Stadium on Wednesday.

They previously met for a 0-0 draw during Premier League action at Stamford Bridge in September. However, this will be the first of three matches between Arsenal and Chelsea in January who are matched up in a two-legged tie of the Carabao Cup semifinals.

The two London clubs are on opposite sides of the form spectrum as of late. Arsenal struggled in the Premier League during December, earning only two wins, and nabbing 10 points in seven matches.

Their last match against West Brom was highway robbery by referee Mike Dean who punished Calum Chambers for an alleged handball in the box late in the game. Jay Rodriguez put away the penalty in the 89th minute to even the score, much to the dismay of Petr Cech and Arsene Wenger.

The last month of 2017 have seen the Gunners drop a place in the Premier League table to fifth, but only six points behind Liverpool and a Champions League place.

Chelsea have fared better than their North London rivals in December. A loss to West Ham and a draw to Everton were uncharacteristic of the Blues, but they’ve picked up wins in all the other games. Their last win was a 5-0 drubbing of Stoke City last Saturday. Thibaut Courtois has also picked up clean sheets in his last four matches.

December has kept Chelsea firmly in the running for runner-up behind a near-perfect Manchester City. The West London club can overtake Manchester United for second place with a win on Wednesday.

“At the moment our injured list is quite long,” Wenger said at his pre-match press conference. Sead Kolasinac is out for two weeks, while Mesut Özil and Laurent Koscielny are both doubtful to play in this London derby. The Gunners are still without Santi Cazorla, Nacho Monreal, Aaron Ramsey, and Olivier Giroud.

Chelsea’s David Luiz and Charly Musonda are recovering from their injuries, and they look to be available for the FA Cup match against Norwich City on Saturday. The rest of the Chelsea squad is available after Andreas Christensen recovered from illness, and he should recover his starting position.

Arsenal are at home, but have a depleted squad to take on the tough task of stopping Chelsea. Antonio Conte should be able to solve the game and come out with a 2-1 win for Chelsea, but you can never count out your rival in a London derby.