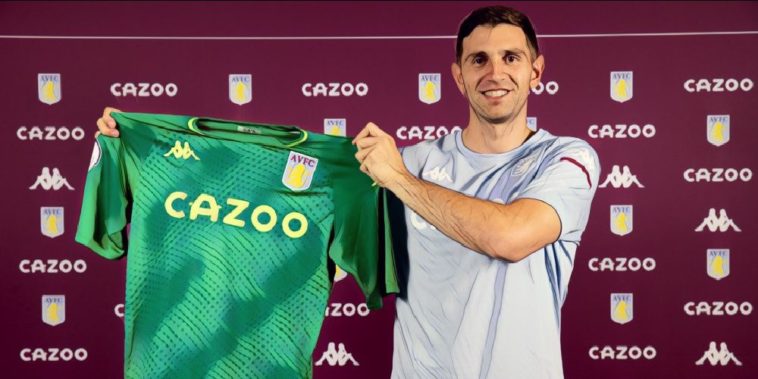 Emiliano Martinez has urged Arsenal fans to ‘trust the process’ under Mikel Arteta after sealing a £20m transfer to Aston Villa.

Martinez impressed after being handed an opportunity in place of the injured Bernd Leno last season with the goalkeeper helping Arsenal to FA Cup success, his performances attracting interest from several clubs in search of a new number one.

The Argentine had hoped his displays would see him become first-choice under Arteta at the Emirates but has now opted to leave the club in search of regular opportunities, completing a £20m deal to become Aston Villa’s third major signing of the summer transfer window.

Martinez has spent more than a decade at the club but his chances have largely been limited, enjoying a series of loan spells before deciding on a permanent departure this summer.

The 28-year-old admits it feels strange to be leaving the north London side, but has backed his former side for silverware success following the club’s recent progress under Arteta.

Before leaving, @EmiMartinezz1 had one final request: to do a leaving interview to speak to the fans one last time ❤️

📺 This is Emi's farewell to the Arsenal family… pic.twitter.com/rlaGSQkLVy

“I feel weird, it’s been over a decade at the club,” Martinez told Arsenal.com. “Everyone knows how much I love Arsenal, and how hard I worked to have the chance that I had in the past few months.

“I am in love with this club, I am so grateful to the Arsenal family for giving me the opportunity to be here over a decade and I wish Arsenal the best of luck, I hope they get back into the Champions League and win many more trophies because the Arsenal fanbase deserves that, the club as well.

“I just want to say to the fans that they should trust the process, they are doing a really good work with Mikel and his staff and I wish them all the best.”

Martinez’s fee could potentially help Arsenal to bolster their squad ahead of the transfer window’s closure on October 5, with both Atletico Madrid’s Thomas Partey and Lyon’s Houssem Aouar reportedly on the Gunners’ radar as they bid to strengthen their midfield options.

Arsenal are also keen to raise funds through further player sales with several notable names having been deemed surplus to requirements, full-back Sead Kolasinac having been linked with a switch to West Ham and young midfielder Matteo Guendouzi reportedly interesting Valencia.

Uruguay international Lucas Torreira could also depart before the end of the window, discussions having taken place between Arsenal and Torino over a deal for the 24-year-old, a move that would likely be a loan with an option to buy.

Arsenal have also boosted by the news that Pierre-Emerick Aubameyang has finally put pen to paper on a three-year contract extension.