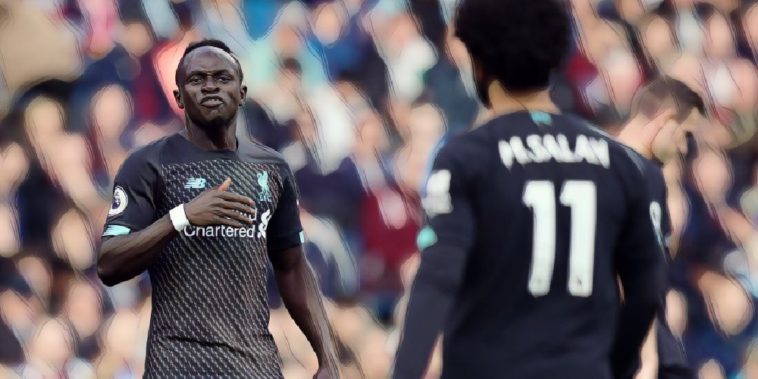 Mane made headlines during Liverpool‘s 3-0 win at Turf Moor in August, with the Senegalese forward having been infuriated with Salah’s refusal to play him in on goal during a comfortable win for Jurgen Klopp’s side.

The 27-year-old reacted angrily as he was substituted late on during the win, with teammates Roberto Firmino, James Milner and Joe Gomez attempting to calm Mane as he took his place in the dugout.

Mane insists the incident was a misunderstanding between the duo and that there is no underlying problem with his teammate, and has since revealed how they settled their differences, though has said Salah’s reaction was ‘strange’.

Speaking to Canal Plus, Mane said: “He said to me ‘Sadio, why are you angry?’ I told him, ‘You needed to give me the ball, Mo’, to which he replied, ‘I didn’t see you. You know I’ve got nothing against you’.

“I know that, but his reaction was a bit strange to me. We talk on the phone sometimes, we text each other and we don’t have a problem.

“We talked between ourselves, and then the manager called me into his office and we spoke. I told him it was already sorted and he was pleasantly surprised.”

The Liverpool duo finished level in the race for last season’s Golden Boot, with the pair sharing the award alongside Arsenal‘s Pierre-Emerick Aubameyang.

Both stars have again started the new season in strong form, Mane currently leading his teammate by five goals to four in the opening weeks of the new campaign.

Interestingly, however, Salah hasn’t created a single chance for Mane so far this season, while Mane has created four chances for his Egyptian teammate as they once again battle to finish as the division’s leading scorer.

‘Unbelievable’ Robertson is ‘the best left-back in the world’