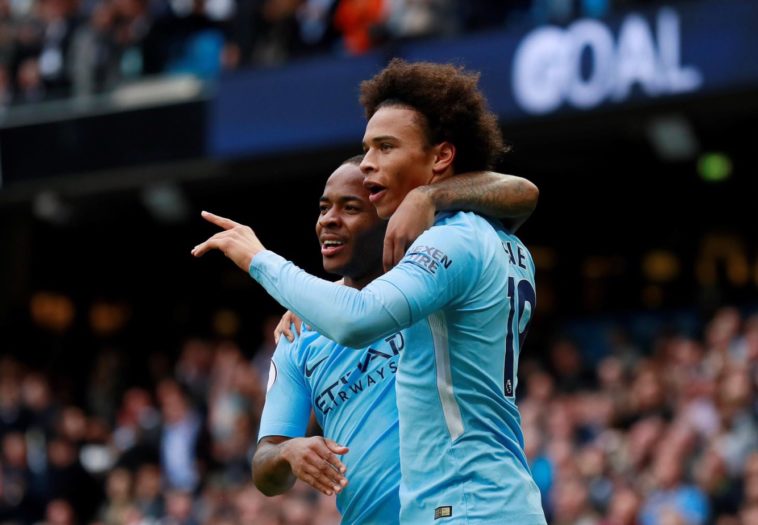 Given City’s and Palace’s recent form, Saturday’s 5-0 thrashing was a rather predictable scoreline.  Yet there are some interesting takeaways from the game, here are five things we learned.

Both sides’ forms are reflected in the records they set yesterday.  City became the first team since the 50s to score more than four goals in three consecutive games, truly demonstrating their dominance in the recent weeks.

On the very other end of the spectrum, Crystal Palace have now tied the longest a team has started a season goalless by failing to find the back of the net after five game weeks, with Manchester United and Chelsea their next two fixtures.

Leroy Sané has found his form, following a shaky stint as left-back in the opening games of City’s season. Especially against Everton, Sané was forced into a foreign role with more defensive responsibility than he is used to bearing, since first-choice left-back Benjamin Mendy was out with an injury.

Once he was free to roam forward more, he reproved his skills on and off the ball in the attacking third, putting two past Mignolet in the Liverpool game and added another on Saturday, with the help of a beautiful scooped pass from David Silva.  It is clear that Leroy has escaped his lab rat duties, and it is safe to say that Guardiola’s transformative experiment is over.

Palace’s Injury Woes and their Implications

It must have been painful for Palace fans to watch striker Christian Benteke leave the pitch following his second-half injury.  Even though his potential backup striker Ruben Loftus-Cheek often looked dangerous, the experience and composure Benteke often provides will certainly be missed.  It will undoubtedly be a special struggle for Palace to score now, lacking their first choice striker.

Two poacher’s goals today from Raheem Sterling demonstrated that the ever-scrutinized English winger is working hard to improve his finishing and attack positioning. Making well-timed, intelligent and aggressive runs into the box, City’s number seven slotted home two of the game’s easiest chances, and sealing the deal in the second half.

He could have completed his hat trick had he wrapped his boot around a close range yet admittedly awkward rebound chance that left some fans cringing. Even considering this mistake, the game was full of good signs that Sterling is working on his scoring skill, which is deemed by many to be one of the weakest aspects of his game.

While City did get caught on the counter in certain periods of the first half, Pep’s men ultimately came away with another clean sheet–the fifth of the season in all competitions.  Such a statistic is unusual for the Blues, who have garnered a reputation for unreliability in recent years.

Much of the defensive security can be attributed to City players’ better understanding of coach Pep Guardiola’s use of possession as a defensive tactic–the opponents can’t score if they don’t have the ball!  City dominated possession in each of their clean sheets, and it finally seems that the players are understanding how to keep the ball not just to score goals but to protect their own net as well.