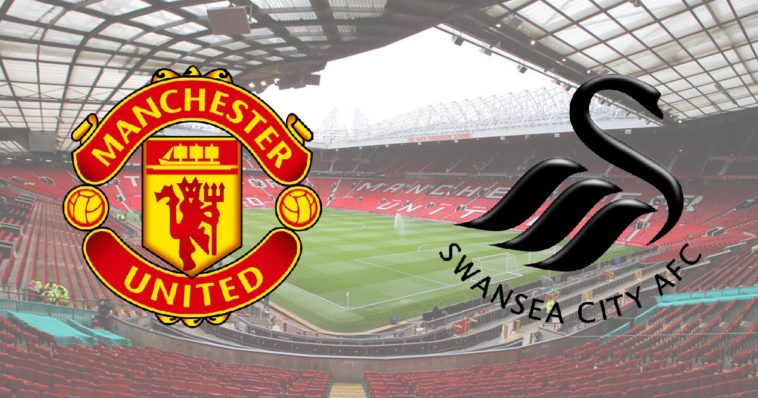 Manchester United face Swansea in the first match of a busy Sunday day of football.

Manchester United round up their busy April fixture with a home fixture against Swansea. United have had a good month, progressing to the semi-final of the Europa League, where they will face Celta Vigo on Thursday.

United drew with City in their last Premier League fixture, meaning that they are now one point off their rivals in the search for the top four. After a timid display at City, United will be hoping to put on a show at home to their fans.

Swansea are struggling this year and are currently sitting in the relegation zone at 18th. They beat Stoke last Saturday 2-0, and will be hoping to do the same as they did at Old Trafford earlier on in the season, where they frustrated United to a 1-1 draw.

We already know Zlatan Ibrahimovic and Marcos Rojo are certain absentees after both suffered cruciate knee injuries in the same match against Anderlecht. They joined Juan Mata, Chris Smalling and Phil Jones on the injury list. Timothy Fosu-Mensah may also miss the rest of the season after suffering an “important injury” in the dying moments of the derby, reportedly a dislocation of the shoulder.

Paul Pogba won’t be rushed back but should be fit for the semi-final on Thursday. Jose Mourinho also suggested Wayne Rooney may be utilised in a midfield role, whilst Axel Tuanzebe may get his full debut if Mourinho decides to rest either Eric Bailly or Daley Blind. Maroune Fellaini will start his three-match suspension.

With regards to Swansea, Jack Cork and Martin Olsson are expected to return to the fray, whilst Leroy Fer should be fit to start for the visiting teams.

Important game for both sides

It is indeed a game of vital importance. United are looking to move into third with a win, which would be temporarily as City and Liverpool both will have to play.

With Sunderland relegated, and Middlesbrough struggling, it looks like it may be out of Swansea and Hull who will fight to stay in the Premier League. Swansea have the opportunity to move level on points with Hull, who drew 0-0 on Saturday.

Marcus Rashford is 3/1 to get the first goal, and Fernando Llorente is 10/1.

United have struggled at home to teams in the bottom half of the table, most notably draws against Bournemouth and Burnley. They also have injury concerns and an important game on Thursday. However, I feel that they may still be too strong. I would go for United to win 2-0.