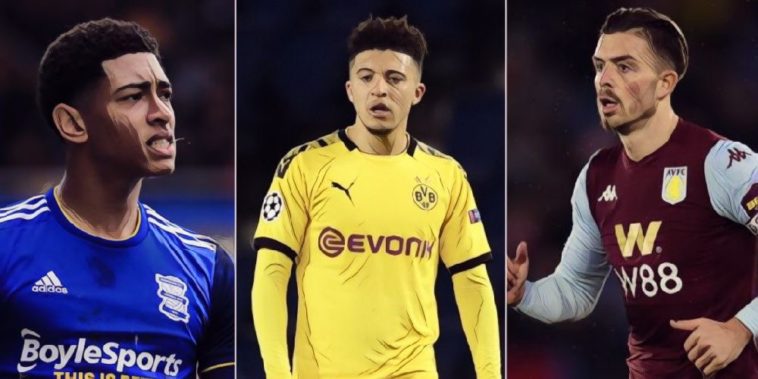 Manchester United are set to ‘press ahead’ with plans to sign Jadon Sancho, Jack Grealish and Jude Bellingham this summer despite the current uncertainty of the transfer market.

Ole Gunnar Solskjaer has long identified his key transfer targets ahead of the summer and the Red Devils are once again interested in bringing emerging British talent to Old Trafford, with Borussia Dortmund’s Sancho thought to be top of the club’s wish-list.

Sancho has enjoyed another stand-out season for the Bundesliga side and continues to enhance his reputation as arguably the most exciting young talent in world football, the 20-year-old having scored 14 goals and provided a further 15 assists in just 21 league starts so far this season.

Despite the significant fee that will be required to bring the former Manchester City youth star back to English football, the Manchester Evening News are reporting that United’s substantial wealth means the club are still confident their chief targets will still be ‘attainable’ this summer.

Manchester United are likely to be in an ‘envious’ position to capitalise in the market and believe they maintain the financial firepower to ‘outbid any competitor’ for the winger this summer.

Also amongst Solskjaer’s list of priorities is a move for Aston Villa captain Jack Grealish, the midfielder having starred in a struggling side this season and likely to be allowed to leave this summer ‘with the club’s blessing’.

Villa’s Premier League status remains in jeopardy with the club currently in the division’s bottom three, whilst there is also a need for the club to raise funds after last summers ‘extravagant’ summer window and the threat of a financial fair play investigation.

United are also keen to complete a deal for Birmingham’s teenage midfielder Jude Bellingham, the 16-year-old having toured the club’s facilities earlier this season ahead of a prospective move, with the Evening Standard saying he is being viewed as a ‘generational talent’ and would ‘immediately challenge for a first-team place’ with the Old Trafford outfit.

Borussia Dortmund and Chelsea are also reportedly interested in signing the youngster, who is not eligible to sign a professional contract until his 17th birthday next month.

Berbatov on Sancho: ‘It may be better for him to stay at Dortmund‘