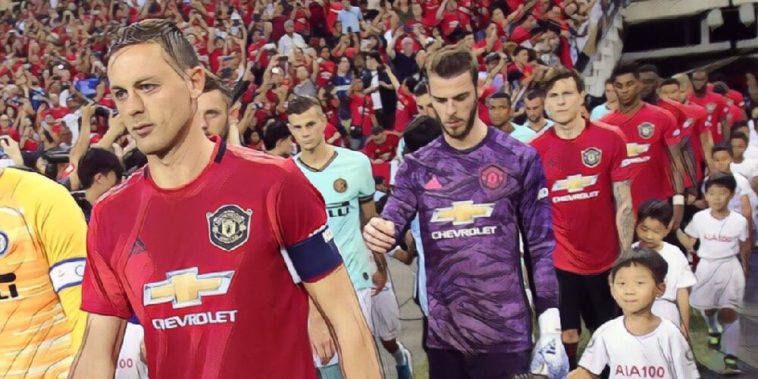 Manchester United midfielder Nemanja Matic has tried to temper the expectations of the clubs young players, saying they lack the experience to go for the title this season.

The Red Devils have enjoyed a good pre-season campaign so far, winning all four of their fixtures to date, with all nine of their goals being either scored or assisted by a product of their academy.

Manchester United‘s pre-season performances has seen excitement grow among the clubs fans ahead of the new Premier League campaign, with Mason Greenwood, Angel Gomes, and Tahith Chong having impressed on their tour of Australia and Asia.

However, as a former title winner with Chelsea and one of United’s most senior players, Nemanja Matic has suggested that Ole Gunnar Solskjaer’s squad is lacking the required experience for a title challenge, urging the club’s fans’ to be patient.

“Quality and experience brings you the title,” the 30-year-old told the media. “In this squad we have quality and no experience.”

“We have five or six top players, but they are still young like Marcus Rashford and Anthony Martial. They have shown their quality on the pitch but they are too young to lead the team of course.

“Mason Greenwood, great potential. United have a project and know what they want with players of the future. But you need to give them time because, at 17, you cannot play the same like you are 26 or 27.

“Football always wants results but the fans need to be patient so they can improve. In the future I am sure these players will take United back where they belong.”

United are without a club captain following Antonio Valencia’s exit at the end of last season, and Matic was handed the captain’s armband for the win over Inter Milan in Singapore last week. Asked about the prospect of wearing the armband on a more permanent basis, the Serbian insisted he will try to use his experience to lead the team regardless of whether he is the captain or not.

“Of course I am one of the most experienced players in the team and I will try to lead them the best way I can,” he added.

“As for the future, maybe, who knows? The manager has to make the decision about the captain. Whatever he decides, we’ll be happy, of course.

“The captaincy is important but, if we play good football and fight for each other, that is the most important.”