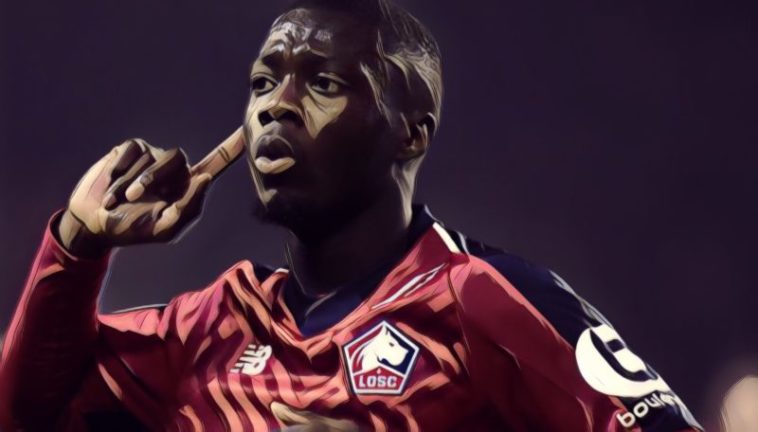 Manchester United have made enquiries about the potential signing of Lille winger Nicolas Pepe according to reports.

The 23-year-old has enjoyed a stunning season with the French side, scoring 20 goals in Ligue 1 to attract the interest of some of Europe’s leading clubs, including Real Madrid, Liverpool, Bayern Munich and Arsenal.

Manchester United boss Ole Gunnar Solskjaer is keen to add to his wide options this summer, with Sunday Times journalist Duncan Castles revealing the club had made an enquiry regarding the Ivory Coast international’s availability.

“One of the clubs interested in Pepe [that] have expressed an interest to Lille is Manchester United,” Castles said on The Transfer Window podcast.

“I’m told that last week a phone call went in to one of the Lille directors to enquire about the cost of a transfer for Pepe, who’s been outstanding in the French division this year, scoring goals and creating goals with a great deal of pace, actually a very good fit to what Manchester United would need on the right wing, to ask whether he would be available for sale.

“So Manchester United have shown their hand there. They’ve not gone any further.

“But, again, the market’s beginning to move.

“Clubs like Lille who have players like Pepe who they know they will sell this summer, they very openly advertised and set a fee for him, would like to have as many of the big clubs bidding for him as possible, are waiting for one of these big clubs to make a move and inject money into the market so they can spend and recruit elsewhere, and those moves have implications for everyone else.”

READ: Solskjaer reveals the kind of players he wants to bring into Manchester United