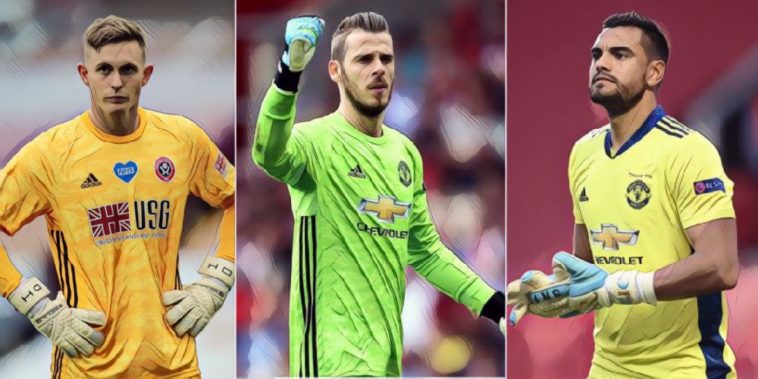 Ole Gunnar Solskjaer has admitted it will be ‘difficult’ to keep Manchester United’s three goalkeeping options happy, as a decision looms on the future of Dean Henderson.

Henderson is set to return to the club this summer following an impressive two-season loan spell at Sheffield United, the 23-year-old having played a key role in the Blades’ promotion to the Premier League and impressive return to the top flight.

The goalkeeper’s impressive form has led to calls for him to be given a chance at Old Trafford next season, with first-choice David de Gea having come under fierce criticism following a series of high-profile mistakes, most notably two blunders in Manchester United‘s FA Cup semi-final defeat to Chelsea at Wembley last month.

De Gea remains the club’s number one despite the presence of Argentina international Sergio Romero, the latter having regularly been labelled as the best back-up goalkeeper in world football and closing in on a century of caps for the national side.

The duo will now be joined by returning loanee Henderson next season, and Solskjaer suggested a decision will have to be made after admitting it will be difficult to keep each of his three options content.

4️⃣0️⃣4️⃣ United games between the sticks, but which 5️⃣ does the man himself rate the most? ?#MUFC @D_DeGea pic.twitter.com/IbIfY3AOXq

“We have Dean, Sergio and David at the moment in the ranks. Lee, the fantastic professional he is, is backing them up. But it’ll be difficult obviously to keep three of them at the club, so we’ll see what the decision will be there.”

According to Sky Sports, Sheffield United saw a bid for Bournemouth goalkeeper Aaron Ramsdale rejected last week, with reports Chris Wilder’s side are set to return with an improved offer of around £15m for the England U-21 international in the coming days.

The Blades’ interest in the 22-year-old indicates that Henderson may not be returning to Bramall Lane for a third loan spell, sparking speculation the youngster could be handed an opportunity at United next season.

Solskjaer discussed his goalkeeping options ahead of the Red Devils’ Europa League quarter-final meeting with FC Copenhagen tonight, though the Norwegian refused to confirm whether Romero – who has featured throughout the European campaign to date – will start this evening’s last-eight meeting.

Asked whether Romero would start against Copenhagen, Solskjaer said: “That’s an obvious question. I must be the most privileged manager in the world with goalkeeping department.

“Sergio, David, Dean Henderson coming up, three top, top goalkeepers and this Europa League has shown how important Sergio has been for us and David has always been performing. We’ll see what we’ll do and going forward.”