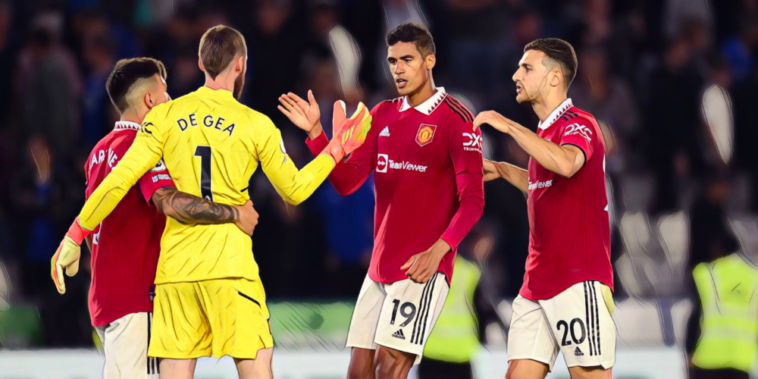 One of the Premier League’s great rivalries is resumed this weekend, as Manchester United take on Arsenal with both clubs looking to return to former glories.

Here is everything you need to know about Sunday’s showdown at Old Trafford.

Things are looking rosier at Manchester United after three consecutive league wins, with the Red Devils having bounced back from a difficult start with successive victories.

The critics were out in full force following back-to-back losses to Brighton and Brentford, but Erik ten Hag’s team have since regrouped to climb up to fifth.

A win over Liverpool was a statement result and performance for the new manager, before hard-fought 1-0 wins at Southampton and Leicester have shown encouraging signs of resilience. The partnership of Lisandro Martinez and Raphael Varane has impressed at centre-back, while marquee arrivals Casemiro and Antony will be integrated into the team in the coming weeks.

The latter could make his debut against Arsenal this weekend, following his £86m arrival from Ajax. The 22-year-old – who scored 12 goals in all competitions season – excelled in the Eredivisie and his brand of football that could delight Old Trafford.

So far, so good for Arsenal. It’s five wins on the bounce for the Gunners who have compiled their best start to a Premier League season since 2004/05.

Optimism is increasing in north London with the club’s summer signings having made their mark. Gabriel Jesus has three goals and three assists in five fixtures, while his presence at centre-forward has brought the best from the likes of Gabriel Martinelli and Martin Odegaard.

The early fixture list has been kind to Arsenal, who have faced two promoted sides and struggling Leicester and Aston Villa in their first five. Mikel Arteta’s team have navigated the challenge in impressive fashion however, ahead of perhaps their first acid test of the campaign.

Arteta has issues in midfield and saw a deadline day deal for Aston Villa’s Douglas Luiz fail to materialise. Combatting the absence of Thomas Partey will be key to a positive result this weekend.

Arsenal secured a big win over top four rivals Manchester United in April, earning a 3-1 victory in an entertaining clash at the Emirates.

Nuno Tavares opened the scoring inside three minutes for the Gunners as the full-back capitalised on some poor defending to turn in from close range. Bukayo Saka’s penalty doubled the lead for the north Londoners, after Eddie Nketiah had an effort ruled out by the VAR for offside.

Saka had been fouled in the immediate build-up to the disallowed goal and made no mistake from the spot.

Cristiano Ronaldo pulled one back with his 100th Premier League goal as United upped the pressure, before Bruno Fernandes missed the chance to equalise from the spot as he rolled a penalty against the post.

Granit Xhaka’s thumping goal then sealed the win for Arsenal, as the Swiss midfielder crashed home a stunning effort from the edge of the area.

What channel is Manchester United vs Arsenal on?