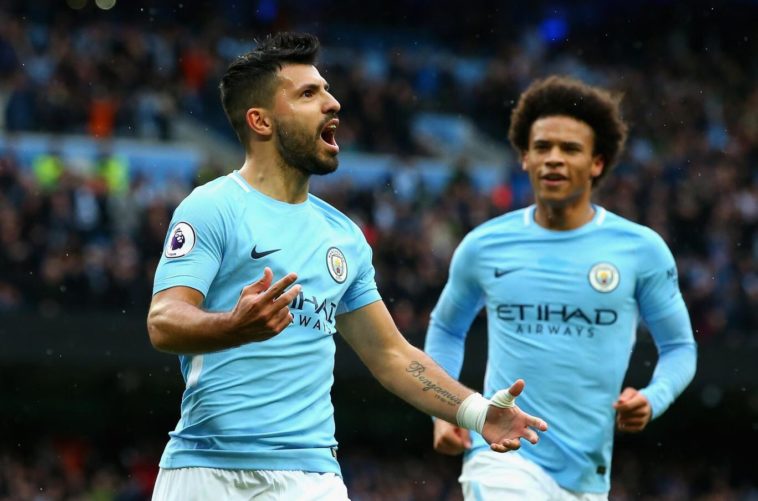 Manchester City beat a resilient Burnley side 3-0 to go five points clear at the top of the league.

Goals from Sergio Aguero, Nicolas Otamendi and Leroy Sané helped the Cityzens see off Sean Dyche’s men in what was ultimately a comfortable victory for the league leaders. Here’s what we learned from Pep and Co’s latest outing.

With the brilliant form of John Stones taking centre stage over the last few weeks, his defensive partner has flown somewhat under the radar. Nicolas Otamendi was imperious once again today, dealing with almost every Burnley attack with ease and strength. His concentration didn’t slip for a second (it says a lot that the visitors didn’t manage a single effort on target all game) and he was a stand-out performer even before he grabbed the crucial goal that gave City breathing room in the second half.

The Argentine rose like an Otter (does that work? I’m not convinced) to nod in Leroy Sané’s cross before seeing out the clean sheet alongside Stones and an equally impressive Fabian Delph. The General is playing a Major part in Pep’s plans this season.

One To Go for Kun Aguero

One. More. Goal. One more goal and Sergio Aguero will write his name in the history books as Manchester City’s greatest ever goalscorer. Returning today for the first time after damaging ribs in a car crash in September, Aguero looked lively in the first half despite struggling to get too involved in play, but once that penalty was given nobody else was ever going to take it. And take it he did, in a manner that suggested the outcome was never in doubt.

One of the biggest talking points from the game will undoubtedly be the penalty decision. Goalkeeper Nick Pope conceded the spot-kick for a challenge on Bernardo Silva, and from where I was sitting at the time it looked harsh. But replays show there was definite contact as Pope’s knee trapped Silva’s foot and on reflection, despite the protests of Sean Dyche after the game, I think referee Roger East can sleep soundly over this one.

Something Special Happening at City

Manchester City fans are not, and never have been, arrogant by nature. In fact, it goes further than that- the phrase ‘Typical City’, used when the team messes up a seemingly un-mess-up-able situation, is alive and well even after all these years of success. But today, soaking up the atmosphere at the Etihad campus before the game, it felt like those nerves were gone. City supporters know that the team is at a brand new level now, capable of destroying everyone and anyone- even defensively sound teams such as Watford and Crystal Palace. Despite some self-insuring comments before the game, there was little doubt in anyone’s mind that this new City would get the job done. What’s perhaps most encouraging is that they did it without ever really getting out of second gear- and left their two top scorers for the season, Raheem Sterling and Gabriel Jesus, on the bench.

Reasons to be Cheerful for Burnley

I think we can all agree at this point that results against Manchester City can pretty much be considered anomalous for the rest of the Premier League. Liverpool lost 5-0 at the Etihad in September. Watford, who are currently sitting pretty in fifth, went down 6-0 the following week. Stoke City, who have otherwise conceded 1.6 goals per game on average, were demolished 7-2. And Burnley, despite losing by a fairly emphatic 3-0 scoreline here, are still a very good side.

The Clarets have a phenomenal away record in the league this season (wins against Chelsea and Everton among draws at Liverpool and Tottenham) and weren’t exactly bad in this one either. They simply suffered at the hands of opposition better than anything the Premier League has ever seen. My only criticism of the visitors today was that they didn’t register a single shot on target- the players won’t need telling that they need to be more adventurous than that.

A Bench of the Best

City’s incredible strength in depth teaches us that it’s not enough to spend buckets of money; a modern football club has to spend smart if they want to get to the very top. This allows them to be prepared for almost any injury or suspension and ensures that they have the rotational options to last the full season in all competitions. Without naming names, there are some teams in the Premier League who could certainly learn a lot from City.