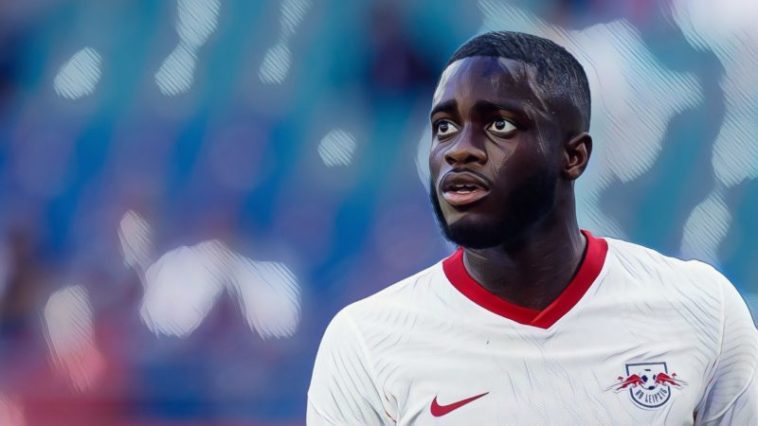 Manchester United are set to make a move for Dayot Upamecano next summer with Ole Gunnar Solskjaer having taken a ‘close’ look at the RB Leipzig defender in recent months.

Upamecano has emerged as one of the most promising young defenders in world football and has continued to enhance his reputation with some stand-out displays for Leipzig, forming part of the side that reached the semi-finals of last season’s Champions League before starting the new campaign strongly.

The 22-year-old has forced his way into the French national side and has reportedly been courted by several of Europe’s biggest clubs, with the Times reporting that United are now preparing an approach for the player next summer.

Ole Gunnar Solskjaer remains unconvinced by his defensive options following an indifferent start to the season, neither Victor Lindelof or club captain Harry Maguire having truly convinced at the heart of the defence, whilst the likes of Eric Bailly and Axel Tuanzebe have suffered injury problems.

Upamecano is viewed as a player who can instantly improve a key area of Solskjaer’s side and is believed to possess a release clause in his current contract, a clause understood to be a fee of around just £38m and one that will become active next summer.

Solskjaer was coy on the speculation ahead of the Red Devils’ clash with Leipzig in the Champions League tonight, though says he will be keeping a ‘close’ eye on the defender when the two teams meet at Old Trafford this evening.

“There’s always rumours and speculation about good players and Man United,” he said at his pre-match press conference.

“I have always tried to respect that they are players for other teams. I don’t want to comment on every player that we’re linked to, but seeing as he’s playing against us tomorrow, I know he’s a very good player. We can see him up close tomorrow.”