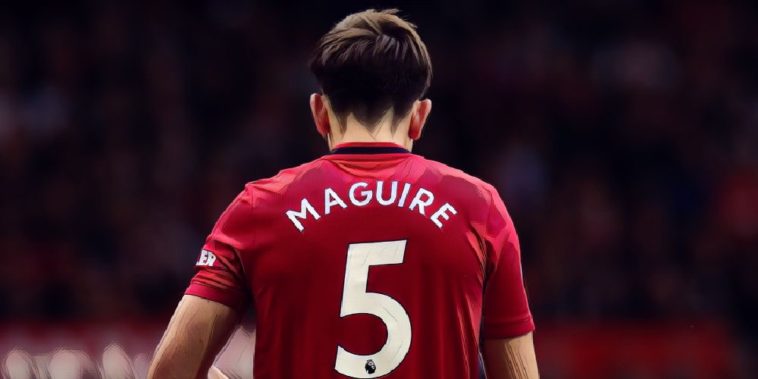 Manchester United captain Harry Maguire has reportedly been arrested while on a post-season holiday on the Greek Island of Mykonos.

United’s elongated season finally came to an end this week with a 2-1 defeat at the hands of Sevilla in the Europa League, their third semi-final defeat of the season following their last four exits to Man City and Chelsea in the Carabao Cup and FA Cup respectively.

With the Red Devils due to get back to Premier League action on September 19th with a home game against Crystal Palace, a number of players have jetted around Europe for a short recuperation ahead of the 2020/21 campaign.

Maguire was pictured with fellow Manchester United teammates Marcus Rashford and Brandon Williams in Mykonos, though reports in Greece have claimed that the centre-back – alongside his brother and a friend – was involved in a brawl outside a bar with another group of Englishmen before going on to attack a policeman in the early hours of Friday morning, the 27-year-old subsequently being arrested and held in custody.

“When the brawl was all sorted out, one of the two groups – with the football players – started verbally abusing officers. There were several policemen there. At some point, one of the three members of the group – they were aged 27, 28, and 29 – threw a swing at one of the policemen and a fight ensued,” a police spokesman said, as per the Mail.

“All of the three were arrested but during the effort to do so, the other two, including the football player, got violent also. They threw down at least two policemen, hit them with their fists and kicked them.

“I can’t tell you what they were telling us. All English swear words against the authorities and against the work of the police. All three, including the football player, are being held in custody, locked up in Mykonos cell. They will appear before a state prosecutor on the island of Syros later today to be charged with aggravated assault.”

Manchester United released a statement to say that they have been in contact with their club captain, who is ‘fully co-operating’ with the authorities.

“The club is aware of an alleged incident involving Harry Maguire in Mykonos last night.

“Contact has been made with Harry, and he is fully co-operating with the Greek authorities.

“At this time we will be making no further comment.”

There are no suggestions that any other Manchester United player was involved.