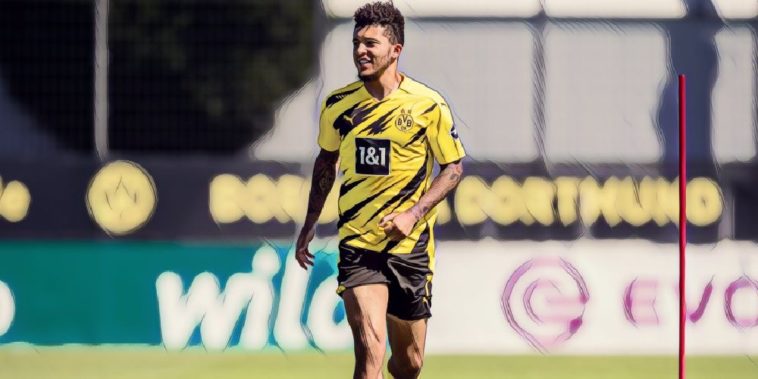 Manchester United are reportedly looking for Jadon Sancho to agitate for a transfer ahead of Monday’s deadline after they submitted an improved bid this week.

United’s pursuit of Sancho has undoubtedly been the transfer saga of the summer, with neither side wanting to give in an inch in a transfer chase which has seemingly been played out in the media rather than around the negotiating table.

Dortmund had set a deadline of August 10 for a deal to be concluded, though despite that being the best part of two months ago, Manchester United have continued their chase of the England international – who has been valued at €120 million (£108m) – in the belief a deal can be struck.

The Red Devils have consistently briefed that they consider €120 million an ‘unrealistic’ asking price given the current market conditions, the club hoping that Dortmund’s stance would soften as we approach the transfer deadline.

Now, with the deadline finally upon us, reports in the last week have claimed that Dortmund rejected a bid from United totalling £90m, although it is believed that such a bid was never officially lodged.

The Sunday Times today report that United have lodged an ‘improved’ offer worth €95m (£86m) with a further €15m (£13.5m) in ‘performance-related add-ons’ to take them to within €10m of Dortmund’s asking price – United hoping Sancho will now try to ‘force Borussia Dortmund to back down’ and allow the England international to ‘fulfil his desire to return to the Premier League’.

Reports in Norwegian outlet Dagbladet this week have claimed that a respiratory illness which saw Sancho miss the midweek Super Cup defeat to Bayern Munich was in fact an attempt to agitate for a move, the youngster also missing Dortmund’s 4-0 win over Freiburg on Saturday afternoon – although the German club have maintained that the 20-year-old will be staying.

While Sancho remains the number one target, United have also been linked with Barcelona’s Ousmane Dembele as an alternative, and the Frenchman is now said to be willing to move to Old Trafford if he were to be offered ‘a long term contract’ – though it is believed that English side would be interested in an initial loan deal.

Meanwhile, United are set to complete the capture of veteran striker Edinson Cavani on a free transfer, the forward having left PSG at the end of last season.

The window closes at 23:00 BST on Monday evening.

See also – Do Liverpool have to win the Domestic Cups to show they care?